July 14: The Date Manchester City Signed Three of the Most Important Players in Their Recent History

​July 14 is a rather significant date for Manchester City.

On July 14 2010 they secured the signing of David Silva. Four years later, they broke the bank to land Raheem Sterling and two years on from that they snapped up Kyle Walker from Tottenham.

All three players have more than made their mark at ​City, contributing to the Citizens' recent domestic domination, acting as three of the most important signings of the past decade for the reigning Premier League champions.

Combined, the trio have made 687 appearances at the Etihad and have won everything there is to win - apart from the elusive Champions League trophy.

Here's a look at the lasting legacies all three have left behind at City. 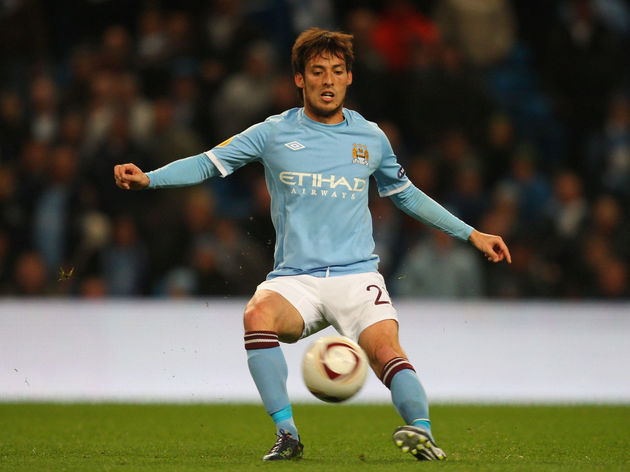 Manchester City's takeover in 2009 saw them rise from perennial mid-table strugglers to certified European heavyweights in a matter of years, but it wasn't until the arrival of a certain Spanish wizard that they were able to upset the status quo in England.

Despite being a member of Spain's 2008 European Championship and 2010 World Cup squads, ​Silva wasn't a universally recognised name, particularly among Premier League supporters who were otherwise unfamiliar with Spanish football.

Though he didn't carry the same star power as a number of his Spanish teammates, that didn't necessarily mean that Silva was any less talented. On the contrary, the past nine years have demonstrated that the 33-year-old is one of the most technically gifted players of his generation and, alongside Vincent Kompany, he has helped to lay the foundations for City's irrepressible rise. At the time his £25m price tag appeared to be a hefty, but it now appears to be one of the bargains of the century.

396 appearances, 71 goals and 129 assists are impressive enough statistics by themselves, but they fail to tell the whole story in Silva's case. He's the heartbeat to City's rampant attack, the orchestrater of unbridled defensive panic and a man who has managed to deal with unthinkable personal circumstances to contribute to City's frankly ridiculous achievements under Pep Guardiola.

He can stake a claim, not only as City's greatest ever player, but as one of the finest to ever grace the Premier League. ​Sterling's move to City was a controversial one, to say the least. Yearning to regularly compete for silverware, Sterling opted to force through a move from Liverpool, sparking a rather hostile response from supporters of the Reds - that still continues to this day.

Of course, Sterling had plenty to prove upon his arrival and, for a while at least, he struggled to make much of an impression at the Etihad, registering just six league goals during his debut campaign.

The arrival of Guardiola proved to be significant, not only for the development of the club as a whole, but also for Sterling's individual game. He remained relatively inconsistent in front of goal, but his overall contribution in the final third greatly improved. His decision-making became notably sharper and he was quickly learning the intricacies of Guardiola's complex philosophy - acting as the basis for the incredible improvement that was to come over the next two seasons.

Consistently excellent, Sterling has proven himself to be a great role model for youngsters everywhere, on and off the pitch, and at 24 years old, there's plenty still to come. The 2016/17 season was the first time we have ever seen Guardiola fail to achieve any real success in a domestic context, as he was only able to guide City to third place behind Chelsea and Manchester United.

It was far from an abject failure, but it did highlight the fact that the City squad needed to be overhauled in order for Guardiola to effectively implement his style of play at the club.

That overhaul started in the full-back areas, as Gael Clichy, Aleksandar Kolarov and Pablo Zabaleta made way for Benjamin Mendy and ​Walker - the latter joining the club as the most expensive English defender of all time. It was money well spent. Walker slotted into the City starting XI seemlessly, proving to have enough energy to constantly bomb forward to provide sufficient support in wide areas, while also demonstrating enough defensive nuance to warrant his place in the PFA Team of the Year at the end of the 2017/18 season.

Very few right-backs in world football can match Walker's sheer pace off the mark, and he has plenty of technical ability in his locker, too, as he continues to improve his distribution at the back.

City may need to begin planning beyond Walker, as he is soon to turn 30, but it would be a surprise to see them turn to anyone else just yet. Just like Sterling, Walker has plenty more to give in a City shirt.