​Nicolas Pepe's agent Samir Khiat has shot down any rumours suggesting that Arsenal have submitted a €80m bid for the Lille forward.

The Ivorian enjoyed a stellar 2018/19 campaign, finishing as the second-highest scorer in Ligue 1 behind Kylian Mbappe, and has been subsequently linked with a move to a European heavyweight this summer. 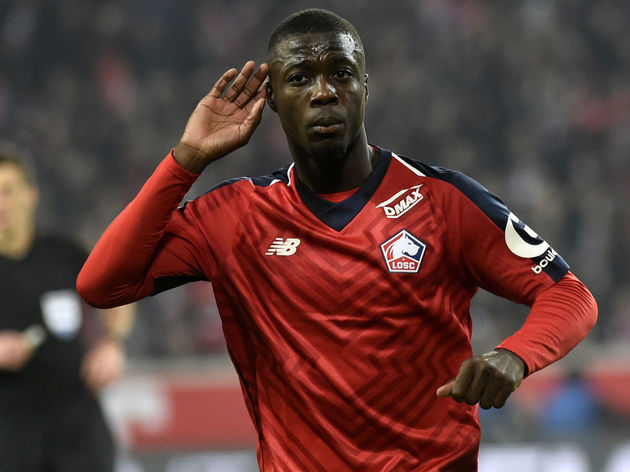 ​L'Equipe had recently confirmed reports which claimed ​Arsenal had submitted a €80m bid for Pepe but, in response to that news, Khiat simply responded (via ​The Metro): "Oh, really?"

He then went on to add: "The aim is for him to sign in the right place. PSG is a possibility. Today, all parties need to reach an agreement. There are exchanges and discussions. He is wanted by a considerable number of clubs.

"For him the most important thing is to be wanted and to go to a good club in which he will play and continue to progress."

BBC Sport journalist David Ornstein has also claimed that Arsenal's supposed bid was false information, ​tweeting: "Sources tell BBC Sport Arsenal have not submitted a bid for Lille forward Nicolas Pepe and do not have the level of money being reported (€80m) to sign the Ivory Coast international this summer."

All of this ties into the ​widely reported fact that Arsenal are dealing with restricted funds this summer after they failed to secure Champions League qualification last season.

Unai Emery has been growing increasingly frustrated with the Gunners' failure to make an impact in the transfer market and has made it clear to the board that it will be very difficult to take Arsenal forward.