Many European leagues are currently preparing for the new season, but MLS is in full flow.

Halfway through their ​campaign, Philadelphia Union sit atop the Eastern Conference as they look to book their place in the end-of-season play-offs.

Having had an impressive season thus far, here is how the current crop of players are expected to be rated when FIFA 20 is released later this year.

Got plenty of game time in pre-season to suggest that he would feature more regularly in the side this year. However, he has failed to start a game for the team this season and remains some way down the pecking order.

The young defender will likely maintain his rating for the moment.

The Cameroonian full-back has seen his opportunities limited this season, whilst he also suffered a knee strain in June which required an operation.

Has earned a few starts which will likely see a minor increase in his rating.

Has had to settle for cameo appearances off the bench with Philadelphia having a settled midfield at this stage.

Also struggled with a minor ankle problem earlier in the season, meaning that he has been unable to leave his mark on this side just yet, resulting in his rating likely remaining the same.

Signed as a back-up goalkeeper, but has now slipped to third-choice as he struggles to make his mark in this league. Still a young goalkeeper at just 22, he will be disappointed with how the early stages of his career have gone at Philadelphia. A veteran in the top-flight, but at 34 his best days are clearly behind him. Restricted to the bench so far this season, and that looks set to continue until the end of the campaign.

Expected to have his score drop notably when the new ratings come out later this year.

Featured in 17 games last season and was on the fringes of the team at the start of this year. However, his importance to the team has lessened as the campaign has progressed, and he suffered a broken foot while on international duty with Guyana in June.

A disappointing first half of the season which will likely result in a drop in his rating when the new statistics are released. Philadelphia is the fourth ​MLS side that this player has featured for, and it is now clear that his playing days are nearing an end.

He is just seen as a back-up player for this side, and the FIFA 20 ratings will recognise that. Expect his rating to drop dramatically.

Welcome to Mark McKenzie, our latest signee! Mark is a product of the Philadelphia Union academy and is the No. 29 recruit in the nation. pic.twitter.com/dLQxKOOqNF

Has hardly featured this season despite Philadelphia's defence not being the most water-tight.

Another young player in this youthful looking squad, and he did become a regular in the team towards the end of last season.

His change in fortunes this year will likely see a small downgrade though.

Philadelphia Union signs RJ Allen for the rest of the season.https://t.co/u0ujL1ccUV pic.twitter.com/5g2QJT0KnG

Has recently joined Philadelphia, and brings with him plenty of experience of playing in MLS. Based on the early stages of his time at the club, it appears that Allen is viewed as a back-up option, with manager Jim Curtin settled on his best back four.

Allen will struggle to break into this team, and his rating will likely reflect this.

The 20-year-old has progressed quickly this season, establishing himself as the second choice goalkeeper for Philadelphia.

Got the nod to start four games whilst Andre Blake was away on international duty with Jamaica recently, keeping one clean sheet. ​Will likely receive a significant increase in his rating to highlight his swift development.

The Philadelphia Union have signed 17 year old midfielder Brenden Aaronson to a homegrown deal. Aaronson will join the Union at the start of the 2019 season. He has also featured for the US U15s and U17s. pic.twitter.com/KuJAkmICXt

Would not have expected to be such a regular in the side at the start of the season, but he has gone on to start most of Philadelphia's game. At just 18 years of age, this player looks to be one to keep an eye on for the future.

His rapid improvement will mean that his rating goes up considerably at the back end of the year. Has one cap for Brazil from back in 2007, but his career appears to now be winding down.

The 33-year-old can still chip in with goals and assists, but is becoming less consistent with his play as the years go by.

Has struggled to keep his place in the team consistently this year, meaning that his rating will likely take a hit.

IT’S OFFICIAL 🚨🚨Striker Sergio Santos will be reppin' the Union badge in 2019. Welcome to Philly, Sergio!

When he arrived from Chile at the start of the season, there were high hopes for Santos. Yet he has been a little underwhelming, netting just three goals in his first 13 appearances.

A hip flexor issue earlier in the season was a setback that he is still trying to recover from, but his stock has fallen so far in MLS. This will likely lead to his rating dropping a touch next season. An ever-present in the side this season. Philadelphia have conceded over a goal per game this year, meaning that the defence is an area this team must work on improving.

Yet due to his consistency, the full-back will likely be rewarded with a minor upgrade.

Came over from Germany at the start of the season, and he has settled into life in the USA quickly. Provided three assists in his opening 19 MLS games, showing that he can be effective in the final third as well as with his defensive work.

His impressive start to life in outside of Europe should see him receive a small improvement to his rating. A difficult campaign for the forward who has struggled with visa issues in recent months, meaning he has had to return to Jamaica. Having not featured since April, it is not easy to assess Burke's season.

FIFA are likely to take this into consideration, leaving his rating unchanged. 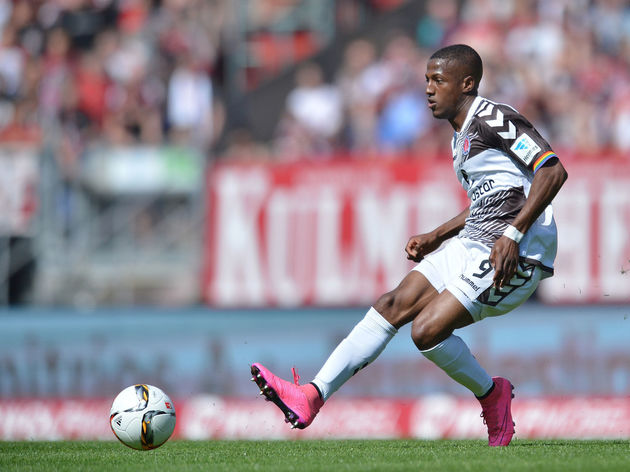 Three goals and three assists in his first 20 appearances this season hardly represents a poor first half of the year. Yet he is not having the same impact that he previously had for this team, and is no longer a guaranteed starter.

A useful option for the team, but will likely see his rating drop slightly in late 2019. Started the season very strongly, and appears to be developing into a fine defender. Not as consistent in recent games, but the 20-year-old looks to have a bright future ahead of him.

Will likely see his rating rise after forming an impressive partnership at the back with Jack Elliott.

The English defender has played every minute of the league campaign this far, playing a major role in Philadelphia's success.

Was only making the bench at the end of last season, but has made the most of regaining his place at the start of this season. This will likely lead to an improvement to his rating later this year.

🇵🇱 Kacper Przybyłko (Philadelphia Union) made his debut in MLS yesterday against Montreal Impact. The 26-year-old waited exactly 216 days for this moment.#DOOP pic.twitter.com/dV1wLdRYyu

Has vast experience of playing in Germany, and is now making an excellent impression in MLS.

Nine goals in his first 14 games of this season has made him a key figure for Philadelphia.

His fine form will likely see his rating go up ahead when FIFA 20 comes out.

Moved to the US from France at the start of 2019, and has already made a bright start, being directly involved in ten goals in his first 16 games. At 25 years of age, there is still plenty of improvement to come from this player.

Can still work on his consistency, and he will be hoping that a recent ankle injury does not keep him out for too long. After a promising start to life in MLS

Wooten made the move to USA over the summer after finishing last season very strongly for Sandhausen in Germany, scoring ten goals in his final 12 appearances for the club.

Now at Philadelphia, he will be expected to continue that run of form for the remainder of this season. After that very positive finish to the 2018/19 campaign, he can expect an increase in his FIFA rating. The established first-choice goalkeeper, a position that he also holds for the Jamaican national team.

He has not quite been at his best this season though, as Philadelphia have been fairly average defensively in the Eastern Conference this season.

May maintain his rating, but a slight downgrade is more likely.

Fabian has spent much of his playing career in his homeland of Mexico, but is now trying to make an impact in the USA.

He has been unable to shake off an ankle problem for much of the season so far, leading to difficulties in influencing the side as much as he would have hoped for.

This means that he is set to suffer a small downgrade in his rating unless he can make his mark in the latter stages of the campaign. Philadelphia's captain has been as consistent as ever in the centre of the park, notching up two goals and three assists in his first 21 league appearances of the season.

The 32-year-old remains a key component in this side, keeping the play ticking over and will likely see his rating go unchanged when FIFA 20 is released.

Much like Bedoya, this player brings great experience to this side, and has featured in some of the top European leagues during his career, including La Liga

Now plying his trade in Philadelphia, the midfielder has shown few signs of slowing down just yet, which will mean that he is likely to keep hold of his lofty rating in this side.