​The agent of Dinamo Zagreb wonderkid Dani Olmo has confirmed that the midfielder is nearing a move to a Champions League side, but insisted that Olmo will not be moving to a La Liga side.

The 21-year-old was one of the standout performers of Spain's triumph at this summer's European Under-21 Championships, and has been linked with a number of elite sides as a result.

Olmo's agent, Juanma Lopez, has confirmed (via ​Mundo Deportivo) that the midfielder is incredibly close to finalising his next move and he will be joining a side who will compete in next season's ​Champions League, but he specifically ruled out sides from ​La Liga.

This means that ​Real Madrid, ​Atletico Madrid and ​Barcelona, with whom Olmo spent several years in their famous academy, have all missed out on signing the 21-year-old, whilst long-term suitors ​AC Milan are also ruled out after they failed to qualify for the Champions League.

The player has been heavily linked to both ​Bayern Munich and ​Liverpool in recent weeks, but it is thought that ​Tottenham Hotspur are leading the race for his signature. 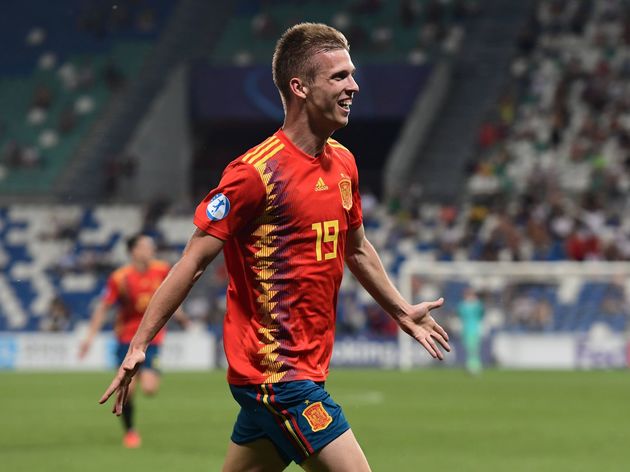 In fact, he is already thought to have ​reached an agreement with Mauricio Pochettino's side, and Lopez's latest words will only fuel talk of an imminent switch to the Tottenham Hotspur Stadium for Olmo.

​Manchester United are said to have made a late push for the 21-year-old but, with the Red Devils missing out on Champions League football, it would be incredibly unlikely for United to convince Olmo to sign.

A fee of €40m is suggested from whichever side who signs Olmo, with Zagreb pushing to earn as much money as possible from one of Europe's hottest prospects.

Last season, the Spaniard managed 12 goals and nine assists in all competitions for Dinamo, but it was his performances this summer which really caught the eye. Olmo managed three goals and an assist in his four outings for Spain Under-21's, netting the decisive goal in their 2-1 victory over Germany in the final.