Christian Pulisic: The Perfect Replacement for Eden Hazard at Chelsea

​With Eden Hazard leaving Chelsea this summer, it marks the start of a new era at Stamford Bridge. After seven fruitful years with the Blues, the Belgian’s exit means that it is now time for a new star to shine at Stamford Bridge.

Despite Chelsea’s transfer ban, the club actually signed a replacement for Hazard way back in January. They signed Borussia Dortmund winger Christian Pulisic for £58m, and after being loaned back to BVB for the remainder of the season as part of the deal, Pulisic’s Chelsea career is now about to begin.

We spoke to the new boy @cpulisic_10 yesterday, and he told us what he can bring to Chelsea...

...and he also spoke about Drogba, Lampard and Hazard! 

Moving on from ​Hazard was always going to be a challenge, as Chelsea prepare to deal without one of their most talented players the club has ever had. A like-for-like replacement for the Belgian was never going to be realistically signed, with players like ​Kylian Mbappé and ​Cristiano Ronaldo out of reach for the Blues.

Yet with Pulisic about to start his new life in London, it is clear that the American is the right man for ​Chelsea.

In his four years in the ​Bundesliga, Pulisic gained a huge amount of big game experience while playing in one of Europe’s toughest leagues. Although he wasn't a starter last season, he did still contribute a lot when given a chance, particularly at the tail-end of the season, scoring against both Fortuna Dusseldorf and Werder Bremen. Additionally, Pulisic is coming off the back of a promising run in the Gold Cup with the USA, scoring two goals in the semi final against Jamaica, before being narrowly beaten in the final by Mexico.

It's hard to believe that, with all of this experience under his belt, Pulisic is just 20 years old.  With at least a few more years before he enters his footballing peak and with a possible decade ahead of him at Stamford Bridge, Chelsea have seemingly done something that they have failed to do in a long time: make a long-term investment. 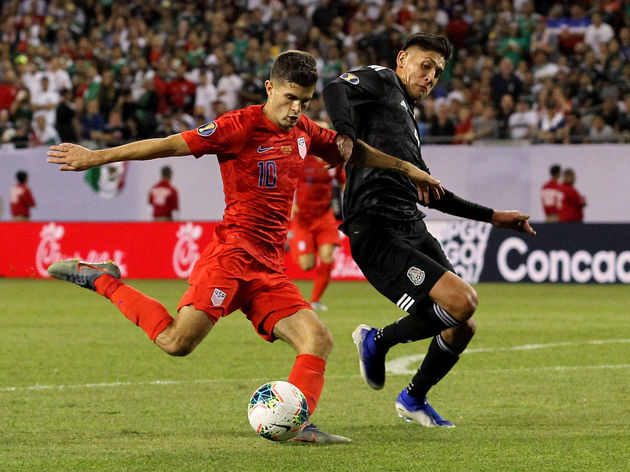 It seems that Pulisic has arrived at Chelsea at just the right time as well. A new manager and new system will see him perfectly integrated into the Blues setup, and with Hazard gone he won’t have to hide in his shadow as he prepares to flourish at the Bridge.

Under the guidance of club legend Frank Lampard as manager and with the support of fans and teammates alike, Pulisic can surely develop into one of the ​Premier League’s finest wingers.

Pulisic should form an excellent bond with fellow youngster Callum Hudson-Odoi, who surprisingly is only two years his junior, and learn from the experienced ​Pedro and ​Willian.

While Pulisic is clearly a talent, there is still work to be done. Chelsea need to accept that he won’t become the best player in the world overnight, and he must be given time. For all that Pulisic can offer Chelsea, they must have patience throughout.

Many talented players have come through the ranks at Chelsea, with many failing to leave their mark on the Stamford Bridge turf because they are not given a chance to really find their feet. The Blues know this struggle far too well with players like ​Mohamed Salah and ​Kevin de Bruyne, who later succeeded at new clubs who did give them time.

Pulisic has the talent, the ability and the potential, and now Chelsea must act on that and help him develop as a footballer. He is an excellent young player with incredible promise, and now that Chelsea have found the right man to replace Hazard, it’s up to them to allow that man to flourish