Manchester United and adidas have unveiled a brand new away kit for the 2019/20 season, with a bold gold design palette.

As revealed in the manufacturer's press release, the strip features a 'savannah-toned aesthetic' with an 'intricate patterned design that takes its inspiration from the many mosaics that colour the streets of Manchester’s creative district, the Northern Quarter'. It later declared: "Standing out with a new colour palette, the striking new away shirt continues to blur the lines between sport and style, blending both cultures into a single piece of design." 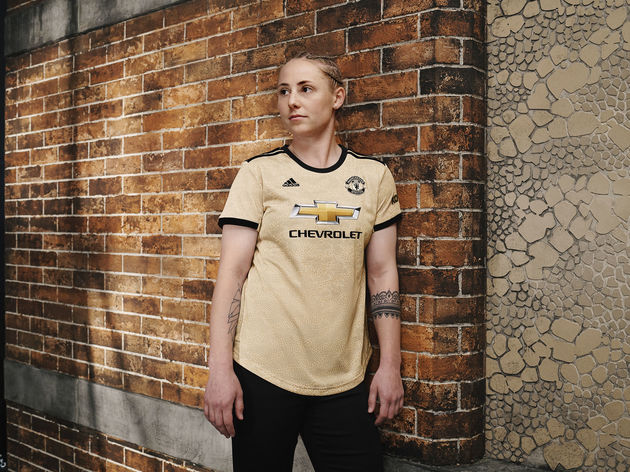 As for the non-golden section of the shirt, it comes in the form of the 'minimal black secondary colour that adorns the adidas three stripes on the shoulders' alongside the 'modern crewneck collar, a trimmed hem and the club’s iconic badge'.

Naturally, it offers the latest in peak performance innovation, including' 'CLIMALITE technology', which helps to wick the sweat from your body, and it is made from 100% polyester.

​Unitedand adidas also combined for a short film to launch the kit, which included Manchester artist Aitch, who wrote a song inspired by the new jersey, and performed it alongside a number of the Red Devils' players. This new away kit will be available to purchase exclusively from adidas, club stores and online from July 12th.