​Manchester City have announced the first group of players who will feature in captain Vincent Kompany’s testimonial, following his departure last month.

The City captain, who left the club after 11 years, will have a special testimonial match on 11 September to commemorate his career with the Citizens. He will play one last time at the Etihad, with a number of former teammates to help mark the end of an era.

As announced on the club’s website, 13 players including City icons ​Joe Hart, Pablo Zabaleta and Nigel de Jong will return to play on a ​Manchester City Legends team, as they take on a Premier League all-star side in two months time.

More players are due to be announced in the next few weeks, as players for both ​Kompany’s team and their ​​​Premier League​​ opposition will be revealed in the build up to September’s big event.

Former defensive partners Joleon Lescott, Wayne Bridge and Micah Richards are set to line up alongside Kompany, while Shaun Wright-Phillips and Samir Nasri are also returning to the Etihad to celebrate the 33-year-old’s glistening career. 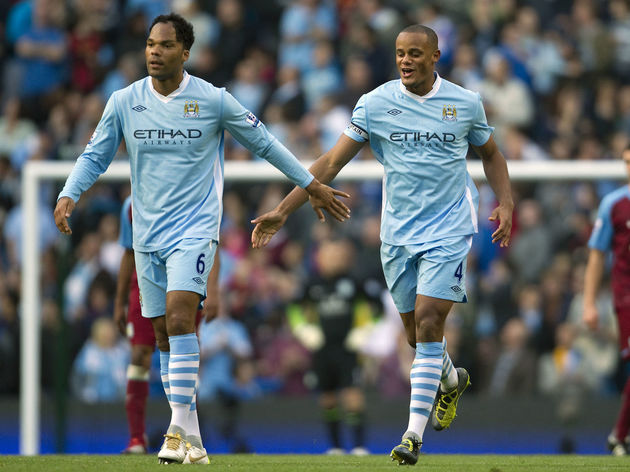 There are other players from the start of the Belgian’s City career who will play in the match, as Gareth Barry, Stephen Ireland and Craig Bellamy were also announced as part of the group of 11 former Manchester City players to join the lineup.

Two players for the Premier League all-stars team were also revealed on Thursday, as Emile Heskey and Rafael van der Vaart joined the squad. Heskey played for the likes of ​Liverpool and ​Aston Villa in his time in the top flight, while Van der Vaart was at ​Tottenham for two years.

Kompany won 12 major honours in his time at Manchester City, including their unprecedented domestic quadruple last season. The Belgian defender made 360 appearances in Sky Blue, scoring 20 goals in a distinguished career in Manchester. The match is not only being played to acknowledge Kompany’s remarkable City career, but also to raise funds for his chosen charity. The money raised will be donated to Tackle4MCR, a charity set up by Kompany that addresses homelessness and rough sleeping in Manchester.

Kompany will begin the new season back at Anderlecht, where he began his career. He will serve as a player-manager for the Belgian club, as he returns to play in his home country for the first time in 13 years.