​Manchester United newcomers gave an excellent account of themselves in their first real test for the club - successfully completing the karaoke initiation in front of their teammates.

The players are currently in Australia as part of their pre-season tour and took the opportunity to check out the voices of their new teammates in the time-honoured tradition of humiliating the new/young lads.

I don't know who needs to see these videos of Scott McTominay, Aaron Wan-Bissaka, and Daniel James, but you're welcome 

Youth academy product Scott McTominay was the star of the show, using a spoon as a microphone while delivering a stirring rendition of 'Ain't No Sunshine' by Bill Withers, whilst new signings Aaron Wan-Bissaka and Daniel James put in strong performances of their own.

Teammate Angel Gomes recorded the performances (as tweeted by ​Match of the Day), showing the United side enjoying a bit of team bonding. The players seemed in a jovial mood as they clapped and sang along with their teammates, although McTominay seemed to thrive under the pressure.

Manager Ole Gunnar Solskjær will be hoping his players are as vocal on the pitch, as they prepare for a tough fight to gain Champions League football once more. 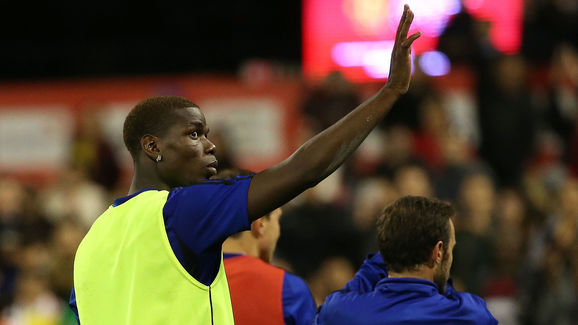 Videos of a happy camp will come as a great relief to ​United fans after a clip from a promotional video appeared to show ​Jesse Lingard and ​Paul Pogba come to blows.

United fans will be hoping to see plenty more videos of new signings practising their lines, as they look to strengthen their squad before the end of the transfer window in August.

The Red Devils will play two games in Australia, including a match against rivals Leeds United, before heading to China, Singapore and Wales.