With the figure derived from expected competition revenue of €3.25bn, UEFA has confirmed that €2.04bn (£1.83bn) will be distributed as prize money to Champions League teams, with €510m (£478m) split between those in the Europa League. The sizeable difference between the prize pots further underlines the importance of qualifying for the top competition in order to avoid missing out on the much more lucrative revenue stream.

Immediately prior to the group stage, the six losers in the ​Champions League playoff round will each receive a fixed payment of €5m. The winners will not actually receive anything for that round because qualifying for the actual tournament brings with it vast sums.

Any national champions that don't reach the group stage of either the Champions League or Europa League will get €260,000 as well as amounts due for participating in qualifying rounds.

Money will be paid to Champions League clubs in lots of different ways. Simply reaching the group stage alone will trigger a payment of €15.25m, of which €14.5m is paid up front. Every group stage win is worth €2.7m and each draw is worth €900,000. Any undistributed money from draws will be pooled and shared between all clubs in the group stage in amounts proportionate to their number of wins - win more, earn more.

Going all the way will therefore be worth €66.25m in basic prize money alone, before group stages results are counted, or any additional revenue is shared out. 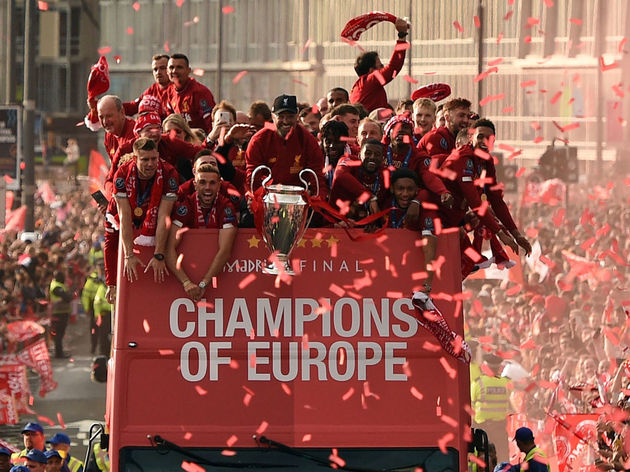 On top, UEFA estimates there will be €585m to share between the 32 competing clubs based on their 10-year coefficient ranking, essentially rewarding teams for their performances over the course of the last decade. The lowest-ranked club will get €1.108m and the highest-ranked - Real Madrid - will get a further €35.46m from this alone.

Then there is a share of UEFA's market pool, worth €292m in 2019/20. That pot is distributed based on the proportional value of each TV market represented by competing clubs. Teams will also get a greater share the higher they finished in their domestic league last season.

The Europa League prize money follows the same system, but the amounts are much smaller. Therefore, lifting the trophy is worth €17.92m in basic prize money - assuming the club won its group - before group stage results are accounted for and additional revenue tacked on. The difference between that and the much more lucrative Champions League is stark.

The total coefficient ranking pot for the Europa League is only €84m and the market pool is €168m, both of which are shared using the same principles as in the Champions League.

Winning either the Champions League or Europa League in 2019/20 will mean a place in the 2020 UEFA Super Cup, and that comes with €3.5m, plus a further €1m for winning it.

*Clubs eliminated from Champions path only