​Chris Wilder's side defied all odds to reach the Premier League last season, just two years after winning promotion from League One and on one of the more modest budgets in the league, too.

Now finding themselves in this unexpected position, Wilder will be conscious that his squad will need a few upgrades if they are to stay up this season. They've already signed two new players in Blades legend Phil Jagielka and attacking midfielder Luke Freeman, both smart, cheap, Premier League quality acquisitions.

With this in mind, here are a few positions Sheffield United should strengthen before the start of the season. Dean Henderson's successful loan spell in Sheffield has come to an end and while the player will probably re-sign for the club at some point this summer, he is still presently a ​Manchester United player. Henderson kept an astonishing 21 clean sheets last season, which was the most in the league, and was ever-present for the ​Blades in the ​Championship last season. He undoubtedly deserves a chance in the top flight this season. Should a move for Henderson somehow fall through, United would have a few other options. ​Burnley's Joe Hart would be a quality choice. The former England goalkeeper was signed by the Clarets last summer after injuries to Tom Heaton and Nick Pope, but now appears to be surplus to requirements and probably available on the cheap.

​Southampton's Alex McCarthy could be another, cheap-ish option after falling out of favour at the Saints towards the end of last season. There are two key things that Sheffield United need this season: ​Premier League experience and strength in depth. Following the departure of Paul Coutts, the Blades have just three central midfielders, and it could also be argued that United need more quality as well as depth in this position, despite the successes of John Fleck and Ollie Norwood there last season. ​Huddersfield's Philip Billing was a shining light in Huddersfield's dire season as they suffered relegation back to the Championship. He made 27 appearances for the Terriers last season, scoring two goals as he won their young player of the year award. He is understood to want to leave Huddersfield and he wouldn't be out of Sheffield United's price range.

​Stoke's Joe Allen and free agent Leroy Fer could be options too. Both have a wealth of Premier League experience and would represent cheap choices for the Blades. Billy Sharp and David McGoldrick proved to be a deadly partnership last season, scoring 39 Championship goals between them. However, there would be question marks over whether they could make the step up to the Premier League, owing to their lack of experience at that level.

There would also be concerns over their age; both players are in their 30s and have surely reached their peak. United also lack depth in this area following the departures of Gary Madine, Scott Hogan and Conor Washington, while Leon Clarke is also set to leave. 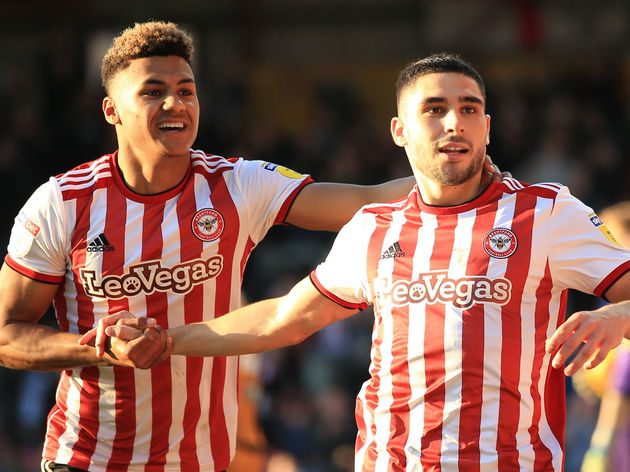 ​Neal Maupay has been heavily linked with a £15m move to the Blades. The French striker was a revelation for Brentford last season, scoring 25 times in 43 Championship appearances. At just 22, Maupay can only get better. If he can find his footing in the top-flight, United will have made a sound investment.

Should a move for Maupay not materialise, ​Swansea's Oliver McBurnie would also be a quality choice. McBurnie impressed for the Swans last season, scoring 22 goals in 42 Championship appearances and like Maupay, has youth on his side. If it's Premier League experience the Blades are looking for, however, the prolific Dwight Gayle wouldn't be a bad choice. Like many of the other players cited in this list, there would be question marks over whether George Baldock and Kieron Freeman could perform at this level. Baldock became the first-choice right wing-back towards the end of last season and did impress for the Blades, registering three assists in 27 appearances, but an upgrade may still be needed.