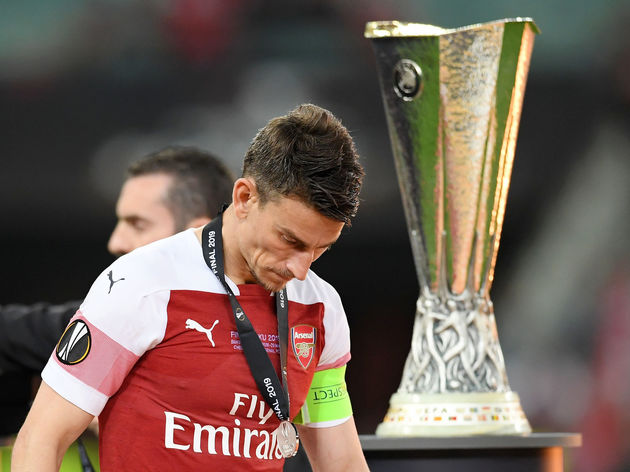 However, Arsenal are continuing to stand firm - and this may be the tigger for the decision the player has made.

Arsenal's numbers are already light in defensive areas and so far they've only signed teenage forward Gabriel Martinelli, so they would be loathe to losing another of their options.

Calum Chambers has returned from his loan spell with relegated Fulham to offer some extra cover at centre-back, while Rob Holding is close to returning for a lengthy knee injury which kept him out for most of last season.

Laurent Koscielny has told Arsenal he wants to be released for free. He wants to go back to France.

Arsenal are set to face MLS side Colorado Rapids in a friendly match on July 16 to kick-off their pre-season tour in the United States, while they'll also face Bayern Munich, Fiorentina and Real Madrid in the International Champions Cup later this month.

The club then have four more pre-season games before kicking off the Premier League season against Newcastle United on August 11.