Manchester United midfielder Juan Mata has revealed why he chose to stay at Old Trafford this summer, as his side prepare to begin their pre-season tour of Australia.

Mata was out of contract in Manchester at the end of June and had a number of enticing offers from other clubs, including, as revealed exclusively by 90min on Wednesday, a stunningly lucrative £550,000-a-week package from Chinese Super League side Shanghai SIPG.

Full story on Mata rejecting The Money at @90min_Football here:https://t.co/di3xPArk7I

However, Mata was not convinced, instead choosing to re-sign with the Red Devils with a deal that is set to run until June 2021, with the option for a further year.

And, speaking to MUTV, as quoted by the club's official website, the Spaniard revealed why he had done so, explaining: “The first thing is the feeling of belonging to this club. I think it is something special and unique.

“We know that in football there are three or four big clubs in the world, or in Europe, and United is one of them. I have been here a bit more than five years and I have realised how amazing the supporters are and especially in the tough moments.

“I wanted to stay, I wanted to commit to the club, to keep enjoying wearing the shirt and keep trying my best.“ 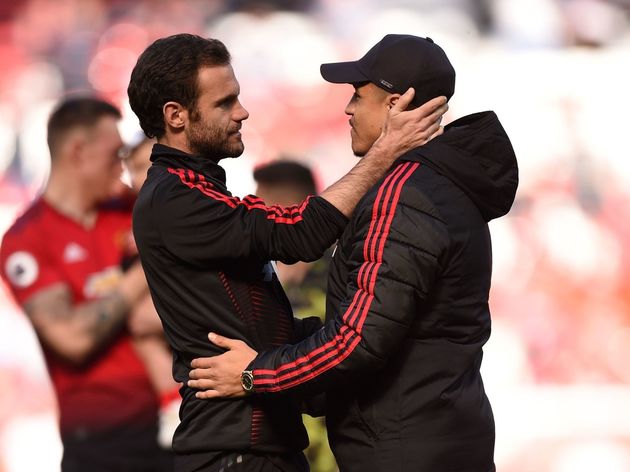 And the feeling was clearly mutual, as boss Ole Gunnar Solskjaer revealed upon the announcement of this new deal, declaring: “Juan is the ultimate professional and one of the most intelligent players I have worked with. He is a great example to our younger players in his approach. He understands what it means to be a Manchester United player and has embraced everything about this great club.

“As well as everything he brings on the pitch, we have some fantastic young players here and I know that Juan’s vast experience will help them to reach their potential over the coming seasons. I am delighted that he has signed a new contract, as I know that his talent and mentality will be invaluable to the squad.”