With both Marko Arnautovic and Rafa Benitez recently

There have already been some extremely high-profile transfers from Europe to China, but how have those players fared since making the switch to the Far East?

We take a look at some of the CSL's biggest signings and how the players performed since making the switch. Anelka's playing career has been one to marvel at, starting at Arsenal and making his way through ​Real Madrid, PSG, Manchester City, and Chelsea before moving to China.

The Frenchman was one of the pioneers of foreign footballers in China. Earning a huge £10m-per-year, he played 22 games and only scored three times - that's over £3m per goal. The Brazilian forward was a world-beater on his day and was brought to China by Italian legend Fabio Cannavaro for £15.5m. Pato managed to grab himself 15 goals in each of his two seasons in the Chinese Super League, before leaving Tianjin Quanjian to return to Sao Paulo. 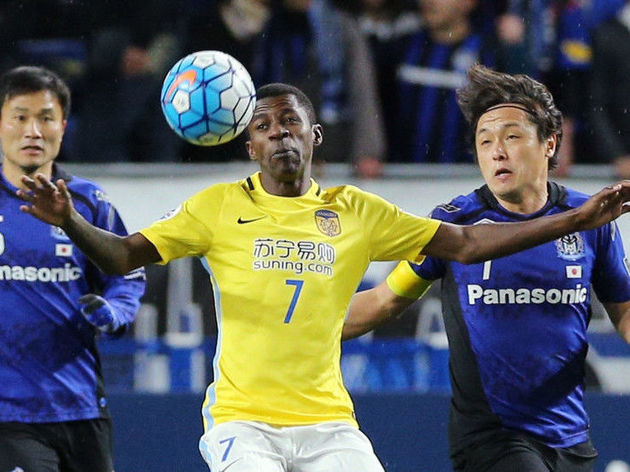 The ex-Chelsea star experienced a mixed stint in China. A debut red card was followed by a league debut goal and assist. 2016 saw Ramires almost lifted the CSL as his side Jiangsu Suning came runners-up. However, the Brazilain was released in May after not playing since 2017. ​Famously playing for both sides of Manchester, Tevez squeezed in a year at Shanghai Shenhua before rejoining Boca Juniors for the second time. He became the highest-paid footballer in the world, earning a reported sum of $41m per year, but he failed to impress, content with scoring only four goals in his 20 appearances. The Argentinian is currently on his second season in China with Hebei China Fortune, after his first campaign with the club saw them narrowly miss out on qualification to the AFC Champions League. However, 2019 has seen Mascherano and his teammates struggle as they sit in the bottom half of the table. ​Witsel is one of only a few players to return to the top of European football after moving to China. Signing for ​Borussia Dortmund for £18m last summer showed he hadn't lost any of his quality.

While in China the Belgian managed to score Tianjin Quanjian's first-ever goal in the Chinese Super League as they finished their debut season in third place. Robinho has featured in big-money transfers ever since ​Manchester City splashed the cash on him at the beginning of their rise to the top.

He managed to win the CSL with Guangzhou Evergrande in 2015 as they narrowly edged out Shanghai SIPG by two points at the top of the table. However, it was fellow Brazilian Ricardo Goulart who ended the season as the club's top scorer. ​This one is pretty strange. The Brazilian left Tottenham for China in 2015 only to be signed for ​Barcelona two years later for £35m.

A season in La Liga ended in a return to China for an even larger sum. Paulinho won the CSL title three times in a row, being especially instrumental in the 2016 campaign. Since joining Manuel Pellegrini at Hebei China Fortune, Lavezzi has been one of the players to flourish out in China. 2017 saw the ex-Napoli and PSG star score 20 league goals and top the division's assist charts.