Tiemoue Bakayoko. Just the name is enough to send Chelsea fans into a spiralling abyss of Watford away recollections that can, if not properly dealt with, end in swift sectioning. It's a slippery slope.

But, and I do not say this lightly, that was then. Bakayoko is a different player now, or, if you'd prefer, he's returned to the Monaco ways that made him a £40m player in the first place. And don't just take my word for it, how about the squabbling between Manchester United, Paris Saint-Germain and Arsenal over his potential signature?

Talk about three sides whose transfer business you can trust! So, why shouldn't Chelsea just recoup the fee (and maybe a bit more) they dolled out for the Frenchman two years ago and be done with the whole affair. Embarrassment over the transfer has been averted, the loan system has worked its wonders once more, job done - right? WRONG.

Sorry, that was a bit aggressive, but it's important to state these things sometimes. Selling Bakayoko would be WRONG. INCORRECT. BAD. And, although this is *Oh Don't Do it Klaxon* transfer ban-related, it is not just an inability to sign anyone that makes me back the 24-year-old.

It's his talent. Sorry, TALENT.

Oh, and the injury of Stamford Bridge's true midfield saviour, the God Ruben Loftus-Cheek. That too. Anyway, we're here to talk about Baka Not Nice/BakaYoko Ono, not Ruben tha God/Cheek the Prynce/Run-RLC/Flying Loftus (it's a work in progress).

⚫️ Mauro Icardi - one of the best strikers in the world.

So why is nobody trying to sign him? 廊 https://t.co/VCQjqDk4w2

But, yes, I digress, thanks to this situation, and the aforementioned TALENT, there is no reason why Bakayoko can't make a name for himself - hell, even Live Up to His Name (another Baka Not Nice reference, ICYMI) - at Stamford Bridge this season, because in his resurgent spell at AC Milan he showed all the requisite skills to thrive.

In essence, he showed he was the only Blues midfielder capable of mirroring Loftus-Cheek's marauding exploits from defence to attack - ok, apart from ​N'Golo Kante - with his average of two successful dribbles per game the 10th best in Serie A last season.

And, speaking of the Right Honourable N'Golo, it's also true that Bakayoko's defensive acumen seems to have improved significantly, especially in terms of ball retrieval, with his 2.3 tackles per-game the joint 16th-best total in the league. 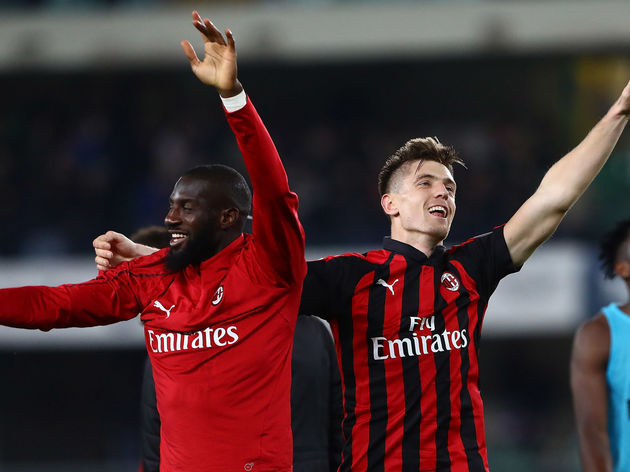 Where he differs from Loftus, of course, is in the goalscoring department - he managed just one goal and one assist last season - which will certainly be a less refreshing stat for those Blues fans disparaged by the meagre midfield output of Mateo Kovacic and Jorginho in 2018/19.

And, while his three goals and three assists in THAT horrendous season in Blue could provide some source of comfort, it must be said that this is not a huge part of his game as it stands. It also must be said, though, that, if you spent any time watching Milan last season, you will know they were depressingly profligate at times - no, that doesn't remind me of Chelsea at all, why do you ask? - so assists were relatively hard to come by.

But that doesn't mean he can't play an integral role at the Bridge this season, especially in providing valuable impetus off the bench, especially if that displaces Ross Barkley - and his misplaced passes - from the lineup.

Make no mistake, the adage that a returning loanee can be 'like a new signing' for a club is - in a world crammed full of such phrases - one of the worst things you can ever say. It's inherently ludicrous. You've either overseen his progress through your academy - in which case, would you call every academy graduate a 'new signing'? - or, in this case, forked out millions for him previously and it didn't work out.

However, in such *ah sh*t, here we go again meme* transfer banned times, you have to take what you've got and, in Bakayoko, Chelsea have a genuine midfield asset at their disposal. To be blunt, if you're going to spend £40m on Kovacic for that very reason, why wouldn't you take such a chance on Baka? Besides, even if he's worse than he was the first time around, the way this market is going, he'll still be worth at least £40m this time next year, and there's nothing they can do with the money this summer but stare at it, so, why not take a punt?

If that's not a ringing endorsement, I don't know what it is. #BackingBaka2019/20