​With FIFA 20 set for release on 27th September, speculation is rife regarding the potential ratings of football's biggest stars.

Fans of the game are already plotting the pieces for their new Ultimate Teams, and anyone interested in throwing some MLS players into the mix should pay close attention to this article.

In it, the overall ratings of the reigning MLS champions, Atlanta United, will be predicted, so that you can begin to plan which players to include.

Kann has spent the season so far playing backup to Brad Guzan, with his only appearance coming in a 3-1 US Open Cup win over Charleston Battery.

With so little to judge his ability on, EA Sports will probably play it safe and keep the 28-year-old's rating the same. The only player to start each of United's MLS and CONCAF Champions League games this season, Guzan's reliability is likely to be rewarded with a slight increase to his overall rating. Miles Robinson's rise from obscurity to becoming a starter for Atlanta in just two season has been a joy to witness.

The 22-year-old is a pacy centre-back with bags of ability, and this has led to him starting the vast majority of United games this campaign. Robinson's form should see his rating on FIFA 20 skyrocket from his FIFA 19 incarnation.

Mikey Ambrose has been used as a backup option for Atlanta this season, but has been largely unsuccessful when he has been called upon.

Ambrose has only tasted victory once in his six appearances in 2019, and this bad luck is likely to lead to his overall rating taking a hit in FIFA 20. These performances are likely to be rewarded with a buff in his rating on EA Sports' latest football title. Atlanta captain Michael Parkhurst will turn 36 next January, and it has shown at times this season.

The United States international's lack of pace has been exploited on occasion by opposition strikers, and makes one question how long Parkhurst can continue to justify his selection. These doubts will inevitably lead to decrease in his FIFA 20 rating.

One of the lesser known Pogba brothers, Florentin has struggled for minutes in the MLS since joining from A vital cog in the MLS winning machine of 2018, Pirez has been equally important this campaign, only missing a handful of games.

A model of consistency at the heart of the Atlanta defence, Perez's FIFA rating will mirror this, remaining unchanged in the new game. While there can be no doubting Andrew Carelton's ability, his less than professional attitude is holding back his development.

A number of off-field instances have plagued the 19-year-old's season and this will be reflected in a decrease of his FIFA rating. Former Stoke City winger Brek Shea has been a regular contributor from the bench this season for Atlanta, while also starting nine games for the MLS Champions.

Shea is therefore due for a slight rating increase on FIFA, but may also be due a change of position from left midfield to left back, as the United States international has been deployed in more defensive positions since joining United earlier this year.

Kevin Kratz has missed the almost the entire MLS season through injury and can expect his FIFA rating to take a significant hit as a result. 36-year-old Jeff Larentowicz has slipped down the Atlanta pecking order this season, being restricted to only nine starts so far.

The emergence of a number of younger rivals in the squad has facilitated this downfall, and the defensive midfielder can expect to see his FIFA rating suffer as a result. 25-year-old Gressel was one of the principal creative forces in the Atlanta team in 2018, when he bagged 13 assists in an eventual season.

This campaign has been a somewhat quieter affair for the German, though he has still managed to score three times and his rating should remain unchanged as a result. Eric Remedi is a solid defensive midfield player. Unspectacular but functional and hard working. It would not at all be unsurprisingly if his rating remained exactly the same. 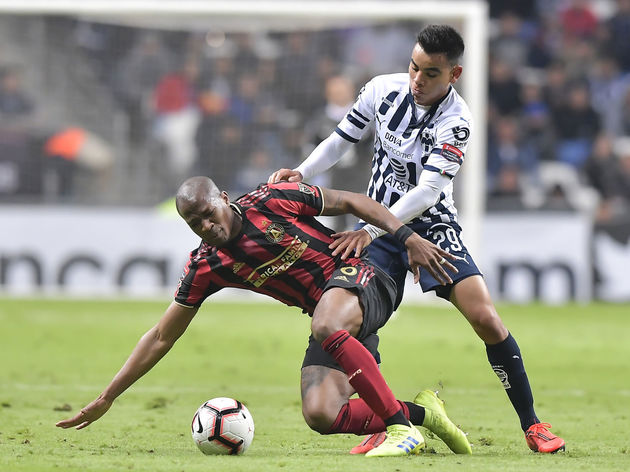 Holding midfielder Darlington Nagbe has been the primary beneficiary of Frank de Boer's coaching at Atlanta, as evidenced by the spike in his passing stats since the Dutchman's arrival.

He remains a combative presence in Atlanta's midfield, and should expect to be rewarded with an increase in his FIFA rating. Villalba has this year failed to live up to the hype created by his impressive 2018 season, in which he bagged eight goals and six assists.

He has only scored once this season and this disappointing return may lead to a decrease to his rating in the latest FIFA. Pity Martinez, as he is affectionately known, has not pulled up any trees since joining the MLS in January from River Plate.

The 26-year-old clearly has ability, but this has not always translated into meaningful contributions to the team. Because of this, Martinez will be lucky if his generous 78 rating is not significantly decreased. Despite sharing a name with a Brazilian legend, Romario Williams has served up little in the way of sexy, samba football at Atlanta this season.

Struggling to bounce back from an ankle injury suffered last season, Williams has been restricted to just three substitute appearances and has unsurprisingly scored no goals. He can expect a significant decrease in his FIFA rating as a result.

20-year-old Brandon Vazquez is an exciting talent but has received fairly restricted game time since joining Atlanta in 2017.

This season, however, he has started just three games, scoring one goal in the process. This represents some progress for the United States Under-20 international, and this progress should be reflected by his increasing FIFA rating. In many ways the poster boy for the MLS' most exciting franchise, Josef

Despite this, he has dealt well with the pressure grabbing 15 goals for United already this season. Expect to see his rating remain the same as a result.