Jock Stein is number 28 in 90min's Top 50 Great Managers of All Time series. Follow the rest of the series over the course of the next six weeks. You can find Robbie Copeland's 'Big Jock' career overview ​here.

​Jock Stein is arguably the greatest manager ever to come from Scotland, something that even the great Sir Alex Ferguson has happily attested to on multiple occasions.

Throughout a remarkable 25-year managerial career, Stein made his name by coaching players some may never have heard of otherwise into becoming history-makers and some of the greatest of their generation.

Of course, he was helped on his way by some world class professionals who already knew how to win - particularly in his spell as Scotland boss throughout the late 70s and 80s.

Here, we've culminated the best XI ever to play under Big Jock, from the Lisbon Lions to the Scotland teams who made the country proud. 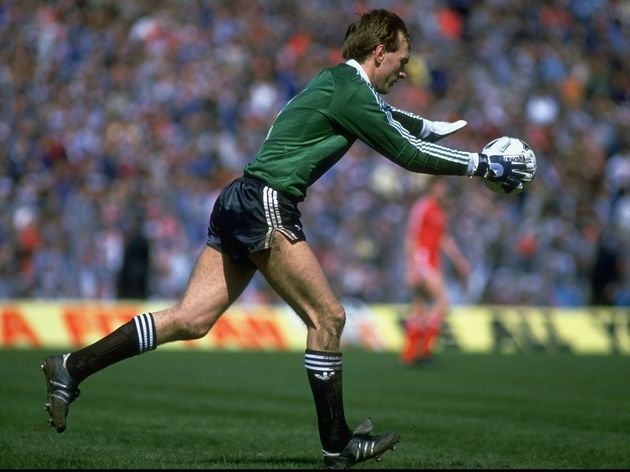 Sandy Jardine (RB) - Stein was never the biggest Rangers fan, but always made a point of rejecting bigotry - he was a Protestant himself, after all. As such, he wouldn't object to Sandy Jardine's inclusion here, as the legendary Rangers and Hearts right-back spent a year under Stein with Scotland, before his retirement from internationals in 1979.

Billy McNeill (CB) - Captain of the Lisbon Lions and over 500 appearances for Celtic, the only club he represented at club level. He has a statue of himself holding the European Cup outside Celtic Park, perhaps the most iconic image in the club's history.

Willie Miller (CB) - The man Sir Alex Ferguson once described as 'the best penalty box defender in the world' and who could argue? He played a central role in the Dons' historic European Cup Winners' Cup win in 1983, and was a mainstay at the heart of the Scotland defence throughout Stein's tenure.

Tommy Gemmell (LB) - Although right-footed, Gemmell spent almost his entire career playing at left-back, and was renowned for his powerful shooting ability. He netted the opening goal in the 1967 European Cup final, which Celtic would famously win, conquering the great Inter.

Jimmy Johnstone (Outside Right) - Voted Celtic's greatest ever player as recently as 2002, 'Jinky' scored 129 goals in 515 appearances for the Hoops, and was moulded into one of the most dangerous wingers in Europe in his ten years under Stein. He came third for the Ballon d'Or in 1967, behind Florian Albert and Bobby Charlton.

Graeme Souness (Right Half) - Souness is often overlooked when discussing the great Liverpool players of the 1980s, but for six years, he was the beating heart of some of the greatest ever Reds sides, winning five first divisions and three European Cups. He spent eight of his 12 years as a Scotland player under Stein.

Archie Gemmill (Left Half) - Best remembered for scoring one of the greatest ever international goals when he left the entire ​Netherlands team for dead at the 1978 World Cup, Gemmill spent most of his career in England with over 600 appearances for Preston, Derby County, Nottingham Forest, Birmingham and Wigan. He is a Scotland legend, and spent the last three years of his international career under Stein.

Bobby Lennox (Outside Left) - Another one of the Lisbon Lions' wingers, Lennox has the distinction of scoring in 13 consecutive league matches in 1968. He scored 167 goals in 306 games for the Hoops, a strike rate most forwards would envy.

Kenny Dalglish (CF) - What is there to say about King Kenny that hasn't already been said? He was a revelation for Stein's Celtic, missing out on their European glory due to being 16 at the time, but scored 112 goals in 204 appearances at Parkhead when he got going. Over 100 Liverpool goals would follow, as would a record-equalling amount of goals for Scotland, before he would retire shortly after Stein's death.

Stevie Chalmers (CF) - It only seems fitting to round things off with the man who scored the winning goal in that famous European Cup success, but Chalmers' legacy goes far beyond that, as he hit over 100 goals for the Hoops between 1959-71.