Despite the transfer window being open for just over a week, many a football fan can already feel sympathy with the state of affairs at ​Newcastle United.

The first blow arrived at the end of June, as ex-manager Rafa Benitez was unable to agree on new terms for a contract with infamous owner Mike Ashley, leading to him departing the club after three years of service. He is now the head coach at Chinese Super League outfit

So here are a few forwards who Newcastle could be looking to move to St James' Park this season, with minimal pricing being taken into account to please the Ashley coffers too. 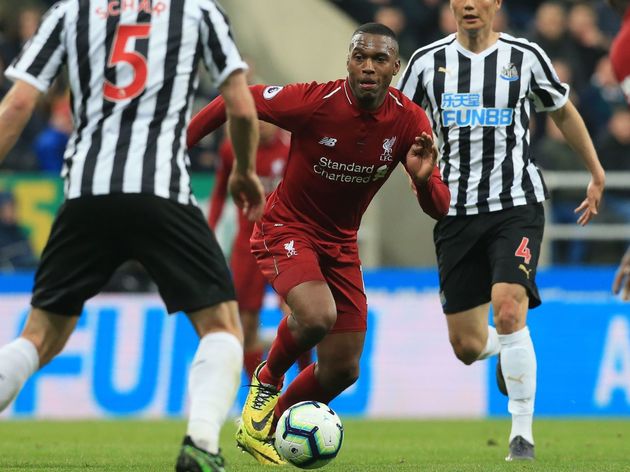 History: Sturridge, a product of the pre-Sheikh Mansour ​Manchester City Academy, was snapped up by Chelsea as a 19-year old. Despite producing a credible 11 goals in 30 Prem appearances in the 2011/12 season, Sturridge moved on to Liverpool in 2013. After 160 appearances for the Reds over six years, Sturridge has been recently made a free agent and lost dog owner (very sad).

Pros: Give this man constant first-team opportunities and he'll deliver, that's certainly what his pedigree would suggest. The 2013/14 sticks out with his 21-goal return in the ​Premier League alone, then again, he did have a certain Luis Suarez alongside him. At 29, Sturridge would likely think he'd at least have another couple of seasons at the top level.

Cons: Injuries, injuries, injuries. A recurrent hamstring problem in the last few years has limited goals to just seven in the previous two seasons. He also hasn't seen himself placed as a clubs lead striker enough in his career to likely warrant Newcastle to risk signing him.

Likelihood: A more settled Newcastle would have likely taken a swoop. Instead, it's far more likely any out of Crystal Palace, Leicester City or West Ham to take a punt. 4/10 History: Inter Milan, AC Milan, Liverpool and Manchester City, an illustrious CV for a man that many would be forgiven for not realising is still just 28. A Champions League winner with Inter, Balotelli has also been a part of ​Serie A and Premier League winning campaigns.

Pros: Balotelli wouldn't cost a penny for the Magpies as he allowed for his contract to run down with Ligue 1 side Marseille. Goals were still flowing, finding the net eight times in 12 appearances since moving to the South of France in January of this year.

Cons: Balotelli, in recent times, has managed to guarantee goals for clubs in France, but, he also continues to guarantee vast amounts of controversy off the pitch too, leaving both Nice and Marseille on far from ideal terms. Pros: Carroll would return as a hugely popular personality at a point where major rejuvenation is desperately being sought for. ​Mike Ashley may not be known for being one with the fans, though this would be a signing that even he would have to agree would make sense in many ways.

Cons: I refer to the above mentioned "make sense in many ways" comment as this is vastly overshadowed by the fact that Carroll finds himself a free agent as he has been plagued by injury throughout his time at the Hammers, paying a decent wage for man of Carroll's calibre would want to come with the guarantee of regular football, certainly in the eyes of Mr Ashley anyway.

Likelihood: Big-ish wage, injury prone, not getting any younger, yet somehow this is probably the most likely of the strikers mentioned to make the move. (8/10)