​Juan Mata chose to reject a huge £550,000-a-week move to Chinese Super League side Shanghai SIPG in order to sign a new deal with Manchester United.

The Spaniard was heavily linked with a move away from Old Trafford this summer as he approached the end of his previous contract, only to finally agree on fresh terms in June.

Because the feeling of being a @ManUtd player is something very special. Unique. I’m really proud to sign a new contract and keep trying my best to bring the club back where it belongs. ⚪⚫❤ #MUFC pic.twitter.com/9IORMF73EU

​Barcelona and ​Atletico Madrid were thought to be interested in ​Mata, but 90min understands that Shanghai SIPG also made the Spaniard an offer worth an enormous £550,000 per week, which Mata snubbed in favour of extending his stay at Old Trafford.

Mata always wanted to remain with ​United, but was not satisfied with their offer of a new one-year extension. He pushed for a guaranteed two-year deal, and eventually managed to convince United to make such an offer in June.

By rejecting Shanghai SIPG, Mata proved his commitment to the Red Devils, who were desperate to retain him this summer. After he ​signed his new contract, manager Ole Gunnar Solskjaer praised his intelligence and professionalism, adding that his role behind the scenes is just as important as his presence on the pitch.

He will be a vital presence in United's dressing room, with the Red Devils looking to recruit a number of young players this summer.

They have already added Daniel James and Aaron Wan-Bissaka, and they have been tipped to pursue several more, so having players with Mata's experience around will be a huge help to the squad's development. 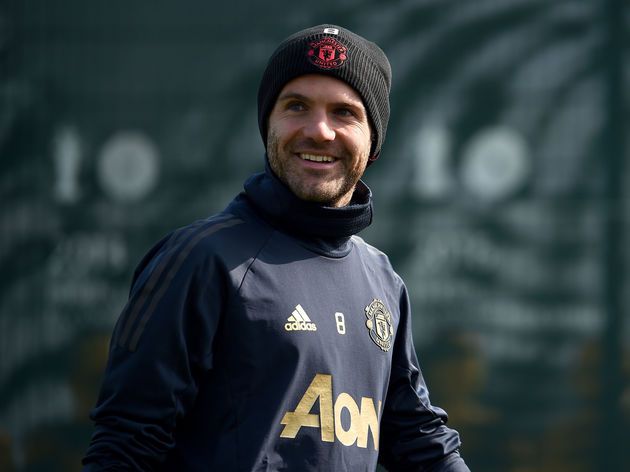 He managed 32 appearances in all competitions last season, but struggled to hold down a place in the starting lineup, making just 16 starts in the ​Premier League.

However, he continued to work hard to try and impress his manager, and finished the season with six goals and four assists to his name.