​While their domestic and European rivals use the transfer market to strengthen, Liverpool seem content with the players at their disposal as little credible reporting suggests big business will be done this summer.

However, not content with the prospect of Sepp van den Berg and Harvey Elliott, fans' insatiable desire for new signings has prompted some of the strangest transfer links of the window, ​including even Kylian Mbappe. Yikes.

As 90min understands, Jurgen Klopp does have funds at his disposal for signings if he wants, but the manager and club are ​currently pretty happy with the squad as it is (it did win them the ​Champions League after all), with big-money additions far more likely next year. Still, stories about a possible backup left-back don't generate clicks, so without further ado here's a bizarre take from El Desmarque in Spain who claim that the ​Reds are interested in ​Real Madrid forward Marco Asensio, but may need to give up Sadio Mane to get him. Yep, you heard.

According to the report, Liverpool are They then add that for any deal to take place, Real Madrid would demand Sadio Mane (the nightmare of Gerard Pique, they call him) to be included in any deal.

So, in order to get a backup to Salah, Liverpool would need to give up one of their very best players whose contract runs until 2023? I think even Ed Woodward would think twice about this one.

In the words of Les Dennis, if this one's up there, I'll give you the money myself. 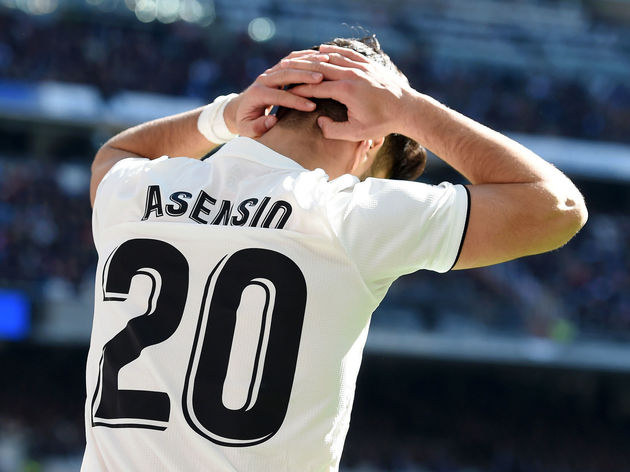 The Reds have been linked in past with Asensio to be fair, with some reports even suggesting the club made a bid of around €150m in the wake of Philippe Coutinho's departure. However, the star's €700m release clause, apparent happiness at Madrid and Liverpool's own lack of real need for more forwards have seen the gossip cool in the 12-18 months since.

In addition, while touted as Spain's most promising young talent as he earned international recognition for his breakout performances in 2016/17, Asensio has since struggled to push on or even replicate his early form. He scored just once in ​La Liga in a turbulent 2018/19 for Real Madrid.