Udo Lattek is number 29 in 90min's Top 50 Great Managers of All Time series. Follow the rest of the series over the course of the next six weeks.

Being a manager is by no means an easy job. The work is tiring and the pressure is almost unbearable​, and there are plenty of examples throughout history of people failing to deal with managerial life.

If you don't dream of being a manager, chances are you won't be able to cut it. Rarely have we seen people fall into management and take to it like a duck to water, but we haven't seen many like Udo Lattek.

The German was far more than a manager. He was a brilliant mind and an incredibly ally, and he simply understood what it took to win football matches.

Wherever he went, trophies followed. He blossomed into one of the game's all-time greats, but that was never Lattek's plan. Lattek dreamed of becoming a teacher, and he spent his early years working towards such a career. As he was training, he played football casually. Nothing was ever supposed to come of his game but, as a striker with an uncanny aerial ability, he found himself getting more and more involved as the years went by.

By the time he was 30 and already a full-time teacher, he decided to call time on his unspectacular playing career as he successfully applied for a coaching role with Germany's youth sides. He worked closely with Dettmar Cramer and head coach Helmut Schon, and ultimately found himself part of the coaching staff for West Germany's 1966 World Cup side.

Given he was just 31 in 1966, he was a similar age to many of the playing squad, including legendary defender Franz Beckenbauer, and his likeable nature saw him strike up a number of close bonds with some of the players.

This worked to his advantage in 1970 when Lattek, with no managerial experience at all, was recommended for the ​Bayern Munich job by Beckenbauer. His appointment could hardly have come as more of a surprise to the world. After all, this was a completely unknown, unproven youth coach taking over one of Europe's biggest sides. Almost like a real-life game of Football Manager.

His team already had the likes of Beckenbauer and Gerd Muller, and Lattek managed to bolster his squad with the additions of Paul Breitner and Uli Hoeness, and here began Lattek's reign of utter dominance.

Bayern won the DFB-Pokal in his first season, before picking up three consecutive ​Bundesliga titles between 1972 and 1974. Yet, many were still not convinced by Lattek, despite the fact the team were showcasing a stunning blend of technical ability and physicality, week in and week out.

After all, he had waltzed into a job with one of the world's strongest squads at his disposal. Hoeness and Muller were two of the finest in attack, whilst the defensive pairing of Beckenbauer and 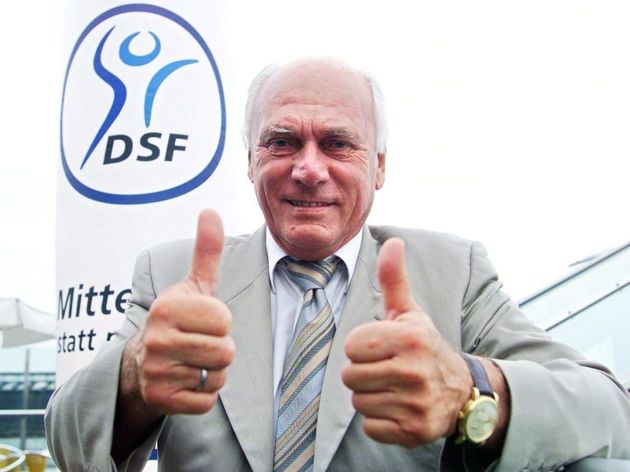 "My only problem was Maradona, who wasn't used to hard work. Once, he didn't turn up on time when the team were due to leave. I had two options: wait for him and lose my authority or go without him. We decided to leave and the rest of the players applauded." Udo Lattek.

Things went downhill very quickly, and Barcelona soon had to choose between Lattek and Maradona. Unsurprisingly, they sided with their soon-to-be star, and Lattek was out of a job.

The German longed to return to a club where he would be respected, and Bayern came calling again in 1983. Hoeness, now acting as a director of the side, did not hesitate to reunite with Lattek, knowing full-well that he would almost guarantee success.

Lattek did not disappoint. He won the cup in his first season, before adding three consecutive Bundesliga titles to his resumé between 1985 and 1987. He now had eight titles to his name, cementing his place in German history.

He left the club soon after as his health began to deteriorate, and he looked to try and take up a more relaxed role. That search led him to 1. FC Koln, where Lattek took up the role of director in 1987. He became a hugely popular figure amongst fans, helping the club to a memorable undefeated start to the 1987/88 campaign. His pragmatic approach to football, coupled with his ability to motivate, seemed to be working wonders even from all the way in the boardroom.

After a brief hiatus to pursue a career in journalism, Lattek returned to his director role in 1990, but it was a year later that he made his (brief) return to the dugout. Early in the 1991/92 season, Koln parted ways with manager Erich Rutemoller, and Lattek offered to lead the side for just one game, so a replacement could be found.

His opponent? None other than Bayern Munich.

Lattek led Koln to a 1-1 draw with his former side, before quickly handing control over to new boss Hannes Linssen.

Clearly bitten by the managerial bug once more, Lattek made another return to management in 1992, but this time with ​Schalke. He managed six unspectacular months with the club, before being relieved of his duties in January 1993. He retired once more soon after.

For seven years, Lattek enjoyed an impressive journalism career, working with numerous papers as a columnist, as well as a television commentator. However, he just could not stay away from management, answering the desperate call of a Dortmund side in utter turmoil.

Dortmund were supposed to be one of Germany's finest teams but, with just five games to play in the 1999/00 season, they were just one point about the relegation zone.

They needed a miracle.

Under Lattek, Dortmund picked up eight points in their last five games, which was enough to save them from relegation. He was given a well-deserved heroes welcome, and this would be the last that the football world would see of Lattek, before his death in 2015.

In early life, it was clear that Lattek's true passion was to inspire those around them. He did so as a teacher, and he certainly did as a manager. Players simply could not help but to give their all for Lattek, who returned the favour by treating his squad as his equals.

At the time, his approach was unheard of, but that did not phase Lattek, who tackled football in the only manner he knew. He had plenty of critics, but his grit and determination ensured Lattek will be remembered as one of the finest of all time.

Number 30: ​Arsene Wenger: A Pioneering Who Became Invincible at Arsenal