The 2019 Women's World Cup has been the biggest and best yet in so many different ways, creating memories that will last a lifetime for all those involved and watching around the world.

The Golden Boot, Golden Ball and Golden Glove have all been dished out, but now is the time to give recognition to everything that stood out over the last five weeks.

Take a look at 90min's awards for the tournament...

​Goal of the Tournament: 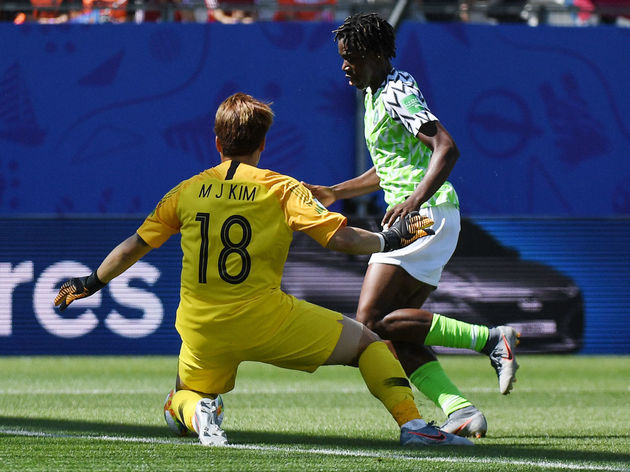 Plenty of spectacular goals were scored in France this summer. But away from the 'bangers', a different kind of goal from Nigeria's Asisat Oshoala was arguably the best of the tournament, showcasing an array of skills in a crucial game for her country.

The counter-attack goal gave Nigeria a 2-0 cushion against South Korea and was ultimately responsible for sending them to the knockout stages for the first time since 1999.

Oshoala had the vision to point to where she wanted the pass played, the pace to reach the ball and take it on, the strength to hold off her opponent, and the composure to dribble past the goalkeeper and finish from a difficult angle.

It wasn't just a solo goal either as teenage starlet Chidinma Okeke needed to have the vision and ability to first beat a defender and then play the right pass to set it up.

Save of the Tournament: Christiane Endler vs Sweden (Chile) 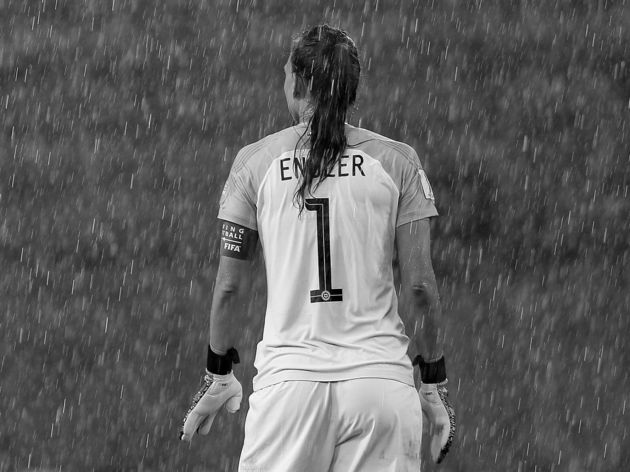 Historically a major criticism of the women's game, the standard of goalkeeping at this summer's tournament was a major point because there were so many exceptional saves from top goalkeepers including Karen Bardsley, Sari van Veenendaal, Hedvig Lindahl, Ayaka Yamashita, Vanina Correa and Sydney Schneider to name just a few.

Van Veenendaal eventually scooped the Golden Glove award and was arguably the main reason an otherwise slightly underwhelming Netherlands side reached the final.

But the standout save of the tournament was made by Chile's Christiane Endler in her country's opening game against Sweden, scooping the ball away from danger after being left un-sighted.

Without her, Chile could easily have gone the same way as Thailand in Group F. 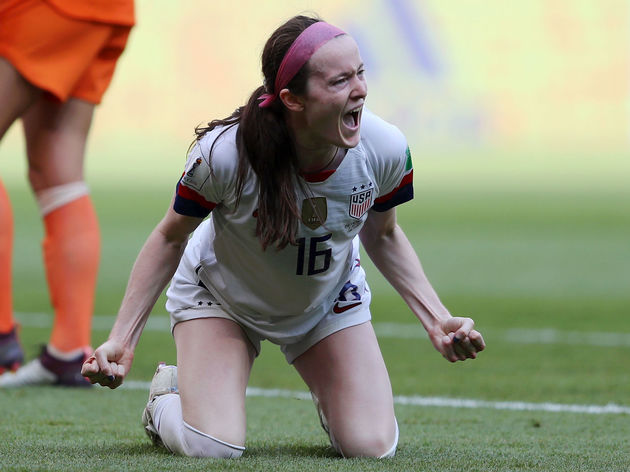 Rose Lavelle celebrated her 24th birthday a few short weeks before the World Cup began and made it a tournament to remember as the beating heart at the centre of the United States' midfield.

She was incredible throughout, scoring twice in the 13-0 rout of Thailand in her country's opening game, and later getting the killer second goal in the final against the Netherlands.

Lavelle was awarded the Bronze Ball as the third-best player at the tournament for her efforts and represents the future for the United State as they already eye another World Cup cycle. Despite claiming an Olympic silver medal in 2016, nobody expected Sweden to get as far as they did this summer. But a third-place finish for the second time in the last three World Cups was an excellent achievement, with veteran centre-back Nilla Fischer playing a huge role.

The 34-year-old marshalled the Swedish defence superbly, almost all the way to a first final since 2003, and deserves credit for her performances.

Attacking stars like Lieke Martens, Vivianne Miedema and Shanice van de Sanden may have ultimately underwhelmed on the pitch, but it didn't dampen the spirits of the incredible Netherlands fans who emerged as stars of the World Cup in their own right.

The vibrant colour, the choreographed chants and dances and the marches to the stadiums all made for a stunning show of support for the Dutch team. The likes of the United States and Germany have had their own uniquely designed kits for a while, but this was the first Women's World Cup in which the majority of teams were wearing bespoke kits, with Nike alone supplying 14 of the 24 competing nations' uniforms.

What's more, so many of the designs were excellent. England away, New Zealand away, Germany home, Japan home, and Norway home were all stunning. Australia's shirt was 'out there', in a good way, while the United States' home jersey set a new sales record on Nike.com.

But best of all was the away shirt donned by France. The design was subtle, simple and beautifully effective, a win for both football and fashion.

With Brazil eliminated in the round of 16 and having Marta played in what is likely to be her final World Cup, the six-time FIFA World Player of the Year gave an impassioned speech urging the next generation of young girls in Brazil not to give up on women's football.

Marta's powerful message as Brazil were knocked out of the competition was everything pic.twitter.com/gdG7aabIx2

"Women's football depends on you to survive. Think about it, value it more. We're asking for support, you have to cry at the beginning and smile at the end," Marta said.

USWNT legend and two-time World Cup winner Mia Hamm agreed, telling 90min: "She's right. She's talking about not just the future of the women's game, but the future of the game in her country and how your team is only as good as your current commitment.

"If you want to be the best player you can be, you have to see value in yourself. And so I think the message was wonderful, not just for players in Brazil, but for players all over the world."