​Ajax winger David Neres has asserted that he has no intentions to leave Ajax this summer, after claiming his third trophy of 2019 with Brazil at the Copa America.

The 22-year-old was directly involved in 27 goals in 50 appearances for Ajax as they claimed a domestic double and made the Champions League semi-finals last season, and while most of his team-mates headed off for a well-deserved summer break last month, Neres jetted straight to Brazil to play his part in another success with his country.

He didn't feature in the final, with the front four of Gabriel Jesus, Philippe Coutinho, Everton and Roberto Firmino preferred for the 3-1 victory, but the win nonetheless adds to his startling rise in the game over the last 12 months. He has been linked loosely with virtually all of Europe's major sides since the start of the summer. Manchester United and Atletico have been mentioned as frontrunners, while Everton - the team, not the player - have been the most potent recent culprits. After being hounded with reporters as he boarded his flight home, however, the Brazilian shot down any and all speculation, as per Dutch outlet ​AD.

"I have to be back at Ajax on July 28. I don't know yet if I'm going on vacation," he said, before adding firmly: "My future is with Ajax."

It will come as good news to those of an Ajax persuasion, who justly fear that their title-winning side that came so close to ​Champions League glory will be decimated further in the weeks to come. 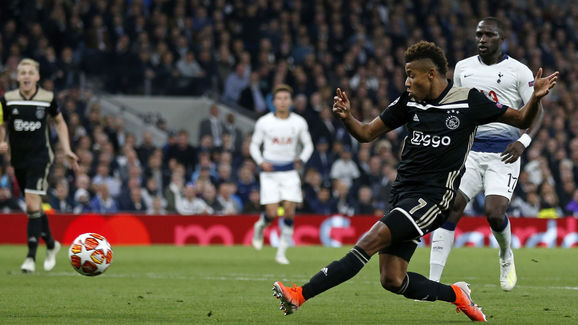 Frenkie de Jong is now ​officially a ​Barcelona player, while Matthijs de Ligt's move away seems like a formality, as he reportedly has a choice to make between Juventus, PSG and Manchester United, who have ​agreed a €70m fee for his services.

Hakim Ziyech also seems likely to leave at some stage despite speculation over his future calming down of late, meaning the Eredivisie champions are at serious risk of losing the core of their squad, should Neres also depart.