On 8 July 2014, an entire nation wept in agony and anguish, helplessly watching on as a German onslaught brought their World Cup dreams to a brutal end.

Five years have passed since '

There was no warning of what was to come from Die Mannschaft until it had already started; by that point, there was nothing the South Americans could do to turn the tide as they drowned in wave after wave of German attacks.

After an uneventful first ten minutes, a deep corner for the Europeans found the unmarked Thomas Muller, who duly guided a clinical volley low into Julio Cesar's net. 1-0.

Shortly afterwards, a dangerous situation down the Brazilian left was extinguished by Phillip Lahm as Marcelo looked to tee up an opportunity for a leveller; they never looked like reaching parity again. 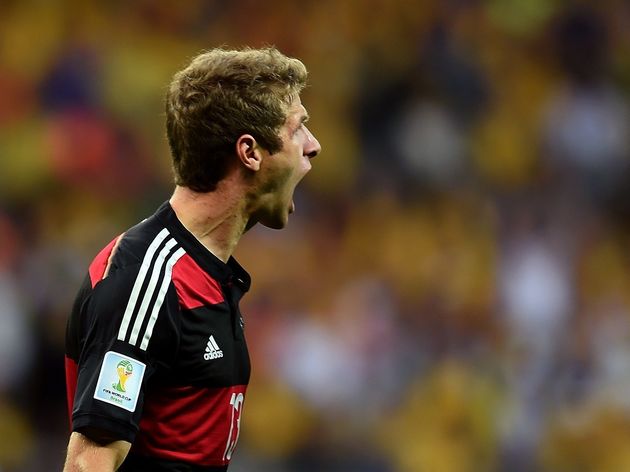 Midway through the opening half, Miroslav Klose's moment in the sun came as the striker grabbed a rather unattractive goal to make himself the World Cup's all-time leading scorer with 16.

Cesar parried his initial effort away, but the rebound fell to the veteran forward once more, Klose taking no chances this time as he struck a game-changing second.

Like a house of cards, one blow saw Brazil crash and burn. As their heads went down, German tails went up and the game was taken far, FAR beyond their reach.

Within three minutes of doubling their lead for the first time in the match, Joachim Low's recruits doubled it again courtesy of a quick-fire brace from midfield linchpin Toni Kroos. 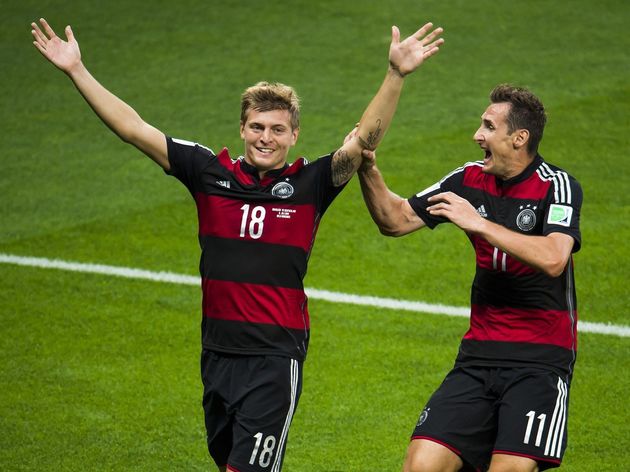 The ​Real Madrid playmaker sent a rasping, left-footed drive swerving into the corner, before adding yet more salt to the wounds with a humiliating score as he punished further Selecao errors.

Fernandinho was stripped of possession almost as soon as his devastated team had kicked off, looking gormless as Kroos out-muscled him, played a one-two with Sami Khedira and neatly tucked home the latter's return ball.

It was the ​Juventus man who would be next to get in on the action, adding the fourth and final goal of a six-minute frenzy with a calmly-taken pass beyond an exposed

Surprisingly, Brazil actually returned to the field after half-time, emerging from the dressing rooms with little left but pride to play for. They would restore none of it. 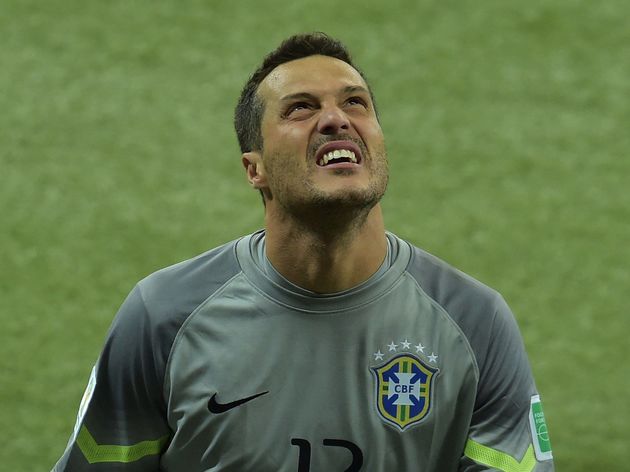 24 minutes of goalless football followed the referee's whistle as Germany's procession got underway, the 2010 semi-finalists safe in the knowledge that they would be at the showpiece event this time around.

Oscar, Paulinho and Fred all took turns at warming Manuel Neuer's hands as the contest entered a quieter period, only for Andre Schurrle to electrify the game with a clinical brace of his own.

With both sets of players aware that Germany's victory was inevitable, the match had slowed down significantly, until the wideman side-footed a Lahm pullback in from close-range. 6-0.

His second of the night was a stunner shortly after, Schurrle rifling a shot in off the underside of the crossbar, having somehow found the correct angle from a remarkably tight position at the near post. 7-0. 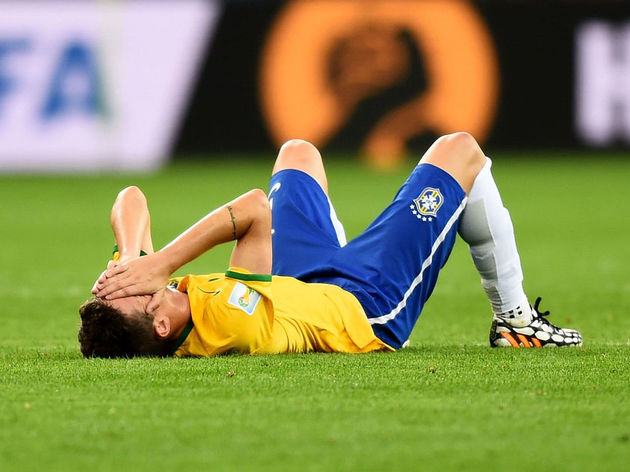 Mesut Ozil should have made it eight in stoppage time, but his miss allowed Oscar to have the last say on a horrific evening for him and his countrymen.

Latching onto a long ball, the midfielder thumped in a consolation, though it did nothing to console anyone in yellow. 7-1, a record defeat, World Cup disgrace, a chorus of boos and floods of tears... Brazil were dumped out in the most damaging way possible.

Germany, on the other hand, went into their showdown with Argentina brimming with confidence, although they would need an extra-time Mario Gotze volley to down Lionel Messi and the Albiceleste.

This was destruction, the likes of which we had never before seen at a World Cup, nor are we ever likely to see again. Remember this night, it was a truly phenomenal display of professionalism and precision from one of the greatest sides in football history.