'More than a Club' - the motto that is tattooed in bold yellow lettering across the sides of the magnificent Nou Camp in Barcelona.

La Blaugrana are far from your average football team. They know it, their enemies know it, the whole world knows it. There is a family atmosphere within the stadium, a feeling of unity, and that sense of belonging can be partly attributed to the number of La Masia graduates that have led

Supporters can make a connection with a player who knows the ins and outs of their clubs, a youth product who cares just as much as they do.

Well, ​Barcelona themselves have now paid tribute to their wonderful academy and the special relationship it has fostered with the fans, releasing a new away kit based on that which they wore in 1979 when La Masia was founded.

Whilst the Catalans show their respects with a stylish jersey for 2019/20, we pay homage with a list of the ten best players to come out of their fabled youth setup. 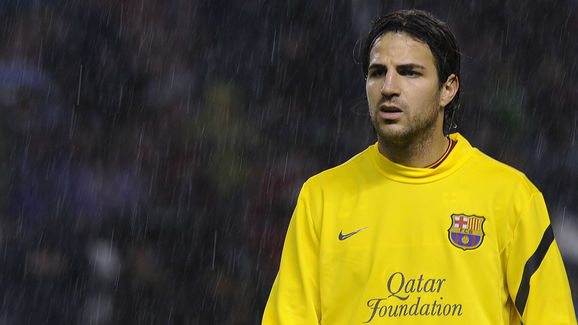 ​Having spent six years in La Masia during his teens, Fabregas was lured away to England by Arsenal Wenger and his soon-to-be invincible ​Arsenal side without a single first-team appearance for La Blaugrana.

He would return for £30m in 2011, before once more departing Catalonia for London, though this time he settled in ​Chelsea.

The playmaker won five trophies during his brief spell back in Spain and added superb technical ability to the side, yet found his game-time restricted as he competed for a starting berth with the finest midfield trio in the history of football: Xavi, Andres Iniesta and Sergio Busquets.

He is remembered as one of the Premier League's best-ever midfielders and a key player in Spain's World Cup and Euro successes. The trailblazing Barcelona team of the last decade was renowned for fluid team play and a devastating attack, but their goalkeeper Valdes was a key component in their success.

Though his ball-handling was sometimes rather suspect, the World Cup winner's ability with his feet ensured that Pep Guardiola's unique brand of football could be realised on the pitch.

Much like Ederson at ​Manchester City, Valdes was the base from which moves were built, helping ​Champions League​La Liga

Incredible desire from the centre-back, he took off and just kept running!  pic.twitter.com/5ADp9q9hiK

A calm, composed figure in the heart of defence, Pique has been a pillar at Nou Camp since rejoining from ​Manchester United in 2008. It proved a good decision for him to come home, with the centre-back adding masses of silverware to his trophy cabinet thereafter.

The 32-year-old embodies the Barcelona style of play and philosophy, distributing well from deep, looking assured and confident in his business, and forever trying his hardest for the club. 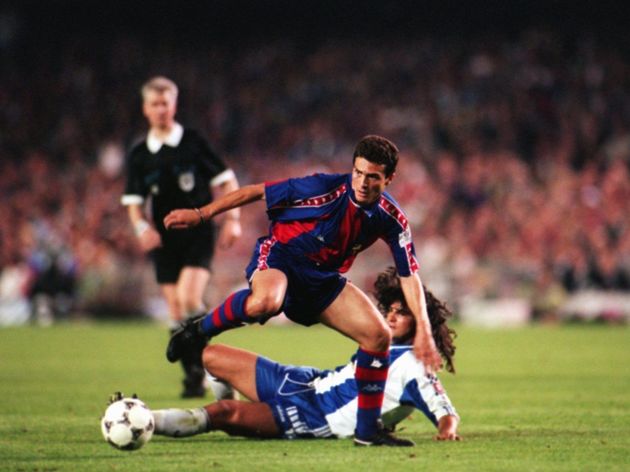 Amor was loved in Catalonia. Industrious and influential, his combination of hard graft and deft touches thrilled the crowd and fuelled much of Barcelona's domestic success in the 1990s.

He preceded the golden generation of the 20th-century, instead working under Johan Cruyff and alongside Guardiola in a team that would become the prototype of modern-day

Puyol was an icon. His shaggy hair and even shaggier playing style made him stand out on the pitch, though it was his valiant performances that earned the defender the most acclaim.

Known for dogged determination and a fearless attitude, the Spanish international was a different breed to many of those around him, yet his skill-set was equally as important as the silky passing of Xavi and co. Before he masterminded Barcelona's domination of world football, Guardiola first had to learn his trade at Camp Nou, doing so with the aid of one of the greatest teachers in the game.

Cruyff spotted the youngster's potential when he was still a lanky teenager, eventually making the midfielder the pivot in his 'Dream Team' that emerged victorious in the 1992 European Cup.

Having taken La Blaugrana to their first continental triumph, Guardiola would go on to change our sport

Given that his partners were Xavi and Iniesta, the role played by Busquets in the Catalan revolution of recent years is often forgotten.

Were that delightful duo not around, the rangy midfielder would no doubt have come in for vast amounts of praise much earlier in his career. It is only now that they are gone that the world truly appreciates the beauty of their protege.

Busquets makes the team tick. He is the link between attack and defence, the heartbeat of this side. Without the 30-year-old, the incredible talent around him would not have been properly utilised. After playing his final game in red and blue - 16 seasons after his first - Andres Iniesta sat down in the centre circle and took it all in. His career, memories, this immense arena, these fantastic fans... it was time to reflect on it all.

He should smile about it, maybe even cry, too. Barcelona has been his life and will no doubt continue to be once he moves into coaching. How the current crop of academy players would benefit from the experience, knowledge and skills he has acquired over the years.

Partners in crime, Xavi and Iniesta were a majestic combination, the type of which we may never witness again. It is near impossible to picture another pair emerging that carry such weight and authority in the game.

These two were giants on the pitch. They changed what it means to be a midfielder and provided the platform for Lionel Messi to do what he does best. We were privileged to watch them. 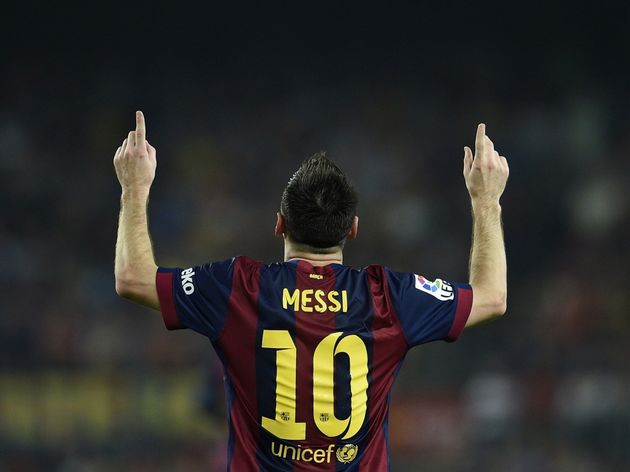 There is nothing left to say about the Argentine maestro that hasn't been said, so here's some statistics from his stellar career at the Nou Camp.

Messi has collected 603 goals in his 687 appearances for Barcelona. Messi jointly holds the record for Ballon d'Or victories with five. Messi scored 38% of the club's goals in 2018/19. Messi has won 34 trophies with La Blaugrana.

Those are some decent statistics, but here's the fact that matters most of all; Messi is the greatest footballer in history.