​Ben Davies is nearing an agreement on a new long-term contract with Tottenham Hotspur, potentially pushing Danny Rose closer to the exit door.

The Welshman has moved ahead of Rose in the pecking order in recent seasons, and Spurs have been eager to extend his stay at the Tottenham Hotspur Stadium as he has entered the final two years of his contract. ​The Telegraph state that ​Davies is currently in the midst of 'advanced' negotiations with ​Spurs, and he is set to put pen to paper on a new five-year deal later in July.

Handing Davies a new contract is a signal of their commitment to the 26-year-old, who made 40 appearances for Mauricio Pochettino's side last season. However, it may also have a knock-on effect for ​Rose, whose future at the club seems incredibly uncertain.

Spurs are thought to be eager to sell a number of players to help finance their summer spending spree. With the club keen to add a number of new players on top of Tanguy Ndombele and Jack Clarke, Spurs will listen to offers for a number of expendable players, and it is thought that Rose could be one of those to leave. 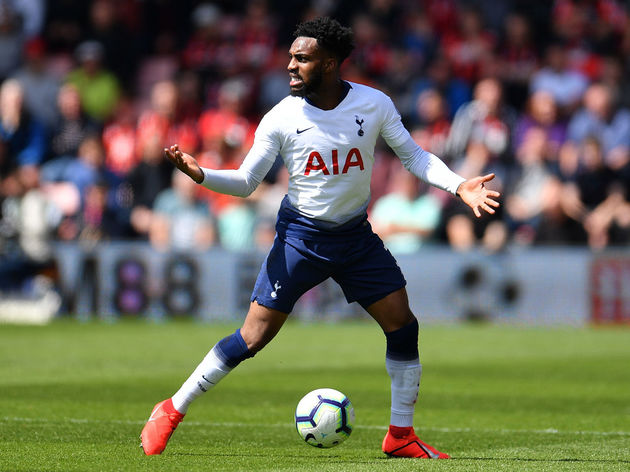 He remains under contract until the summer of 2021, but Davies' emergence has made consistent minutes hard to come by for Rose. If Spurs are ready to commit to Davies for the next five years, Rose may be forced to look elsewhere for game time.

He has been heavily linked with a move to ​Manchester United this summer, whilst both Paris Saint-Germain and ​Schalke have been linked with the England international in the past.

​Kieran Trippier, ​Serge Aurier, Victor Wanyama, ​Vincent Janssen, Cameron Carter-Vickers, Josh Onomah and Marcus Edwards are all named as likely casualties, with Pochettino looking to build a squad which is capable of competing for trophies on a regular basis.