​Frank Lampard is said to be eager to add Chelsea legend Ashley Cole to his backroom staff at Stamford Bridge, having been impressed with his role with Derby County last season.

Lampard opted to bring Cole to Pride Park for the second half of last season, and the 38-year-old was incredibly influential in helping the Rams reach the Championship playoff final.

His contract with ​Derby expired this summer but, according to ​The Mirror, Cole could be set for another reunion with Lampard at ​Chelsea, with the boss considering bringing him in as a coach.

Under Lampard, Cole made 12 appearances for ​Derby, even grabbing a goal and two assists, but it is thought that Lampard was more impressed with the left-back's attitude and work with the rest of the squad.

His experience helped the rest of the squad push on and reach the playoff final, and Lampard has been full of praise for his former teammate. “First of all, I needed him as a player at Derby. And then there’s the extra stuff in terms of what he brings as a professional. Ash is great for the group. He was always first in at training, friendly with everyone and humble, even though he was the best left-back in the world for a long period," Lampard said.

Cole made a total of 338 appearances for Chelsea between 2006 and 2014, helping the club win the ​Premier League, the ​Champions League and four FA Cups. He formed a famous spine of the Blues' side alongside Lampard, John Terry, Didier Drogba and Petr Cech, the latter of whom has already returned to the club as a technical director.

Speaking at a press conference, Lampard insisted that he is eager to surround himself with people who know Chelsea well, but he will not just hire old teammates for the nostalgia. 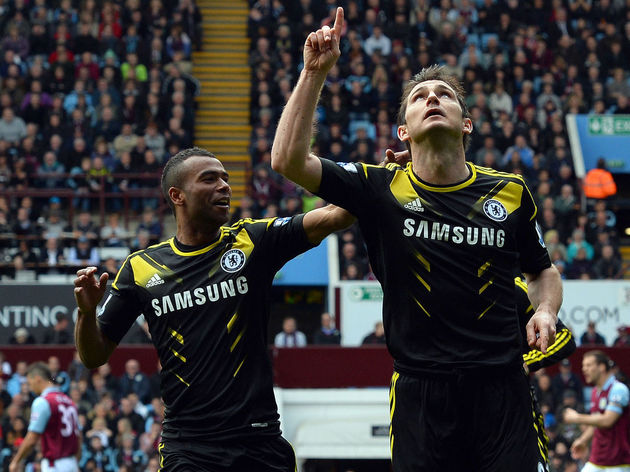 He said: "It's a very Chelsea orientated team but what I want to make clear is this is not an old boys club. What I'm trying to put together with this staff is talent, it's fresh talent in my eyes. We are relatively young but we are not inexperienced.