W90
WorldNews
Lists
Next Article
Chelsea's Defence: Who Is to Blame?

Chelsea have confirmed Alvaro Morata will leave the club for Atletico Madrid on a permanent basis - but not until July 1, 2020.

Morata, who scored 24 goals in 72 appearances during his time at the Blues, spent the second half of last season on loan at the Wanda Metropolitano, after an 18-month deal was agreed between the two clubs.

The Blues have now confirmed that once that deal has expired, Morata will move to Madrid on a permanent basis - having scored six goals in 15 appearances for Los Rojiblancos so far.

After arriving to much fanfare for a fee in the region of £60m, Morata failed to hit the ground running in English football - finding it hard to earn a regular place in the starting lineup after initially impressing.

He scored on his Premier League debut against Burnley after coming on as a substitute, but was soon scrapping for a place in the team with Olivier Giroud.

The Frenchman was often preferred in a starting role by former manager Maurizio Sarri last season, leaving Morata dejected and visibly frustrated at playing a bit-part role at Stamford Bridge. 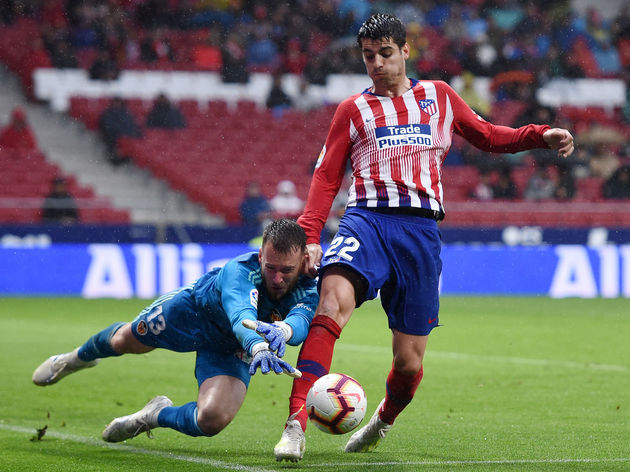 A move back to former club Juventus was mooted, but it was Atletico who took Morata on an 18-month loan in January - despite his previous links with fierce rivals Real Madrid.

He has looked more comfortable in familiar surroundings and will head into next season now knowing that his future in the Spanish capital is secure - where he'll line up alongside fellow new signing Joao Felix, who has joined Diego Simeone's side for a gargantuan fee of £113m.

he club signed earlier this week for a reported £113m.