West Ham have agreed to sell Marko Arnautovic to Chinese Super League side Shanghai SIPG in a £22.4m deal, despite admitting 'it's a terrible deal for us'.

Arnautovic joined the Hammers from Stoke City for around £25m back in July 2017, and he's since gone on to make 65 appearances for the club across competitions, providing 22 goals and 22 assists. 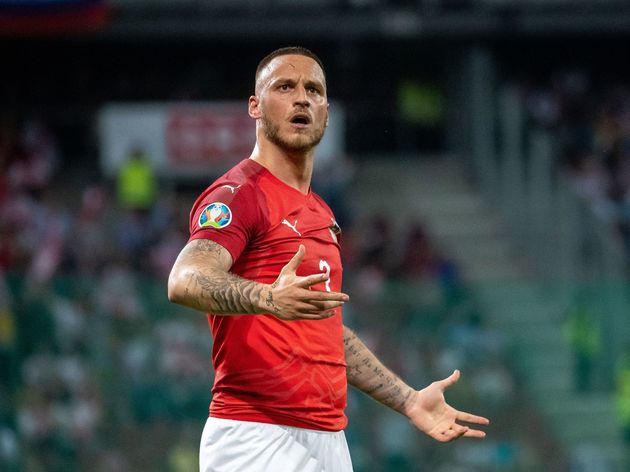 However, his dissatisfaction has always been bubbling barely beneath the surface at the London Stadium, and he handed in a transfer request in January in the hopes of securing a big-money move to China, which failed to come to pass.

Confirmed that West Ham have agreed to sell Arnautovic. Told “it’s a terrible deal for us but manager, players and staff want him out”

But now, as reported by Sky Sports' Kaveh Solhekol on Twitter, the Hammers have accepted a deal to sell him, despite acknowledging its foolish economics, out of a desire to get rid of a disruptive player.

Solhekol wrote: "Confirmed that West Ham have agreed to sell Arnautovic. Told: 'It’s a terrible deal for us but manager, players and staff want him out.'"

And, adding to this information, BBC Sport's Simon Stone revealed that the Chinese club in question would be Shanghai SIPG, and that the fee the Irons were so disappointed in was £22.4m.

In another tweet, Stone explained: "Marko Arnautovic close to leaving West Ham for £22.4m to join Shanghai SIPG. Club feel it is better to get rid than keep [an] unhappy player."

Marko Arnautovic close to leaving @WestHamUtd for £22.4m to join Shanghai SIPG. Club feel it is better to get rid than keep unhappy player.

After kicking up a fuss in January, the Austrian eventually signed a new deal with the east London side, designed to keep him in Claret and Blue until June 2023. Upon that revelation, the forward declared: "The fans gave me the power, they gave me the energy. That's why I have to be here and that's why I want to stay."

However, with his newfound desire to leave now being echoed by both teammates and manager Manuel Pellegrini, that energy has seemingly run out.