​Nike has confirmed that the 2019 USWNT jersey currently being worn by stars like Alex Morgan and Megan Rapinoe at the Women's World Cup in France is the most sold soccer shirt of all time in a single season on Nike.com. 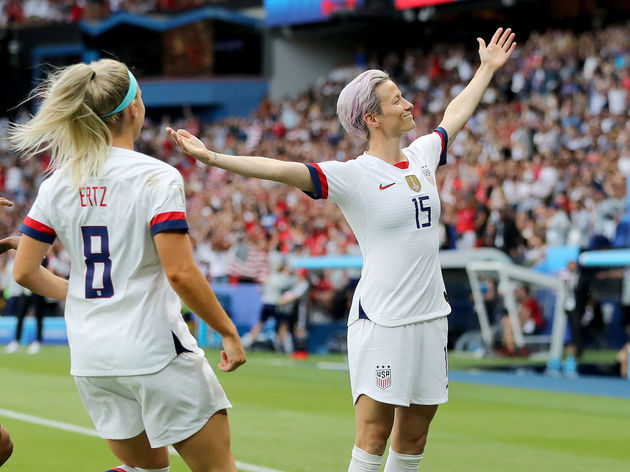 And while the United States have long had their own uniquely designed kits, the 2019 white home kit has been so in demand it has broken all previous sales records for a single season.

"In fact, the USA Women's home jersey is now the number one soccer jersey men's or women's ever sold on Nike.com in one season," he added. "You're going to see more and more of Nike looking at making sure that women, whatever sport they play, have the right product to play confidently in."

In addition, ESPN has reported that sports jersey retailer Fanatics has recorded increased sales of 500% for the USWNT home jersey compared to the same period in 2015 (up to the World Cup semi-finals), such is the growing popularity of the sport and the team.