Exclusive - Liverpool have the money to sign Barcelona forward Ousmane Dembele, but are unlikely to move this window unless there are major changes to the situation, 90min understands.

​After a summer of major investment in 2018, which saw the arrivals of Alisson Becker, Fabinho, Naby Keita and Xherdan Shaqiri, the Reds have been expected to keep things quiet this transfer window, with only minor tweaks needed to Jurgen Klopp's Champions League-winning squad.

Those in the know suggest a cheap, backup left back will be recruited, while a goalkeeping understudy may be required if Simon Mignolet leaves - but that is looking increasingly unlikely. 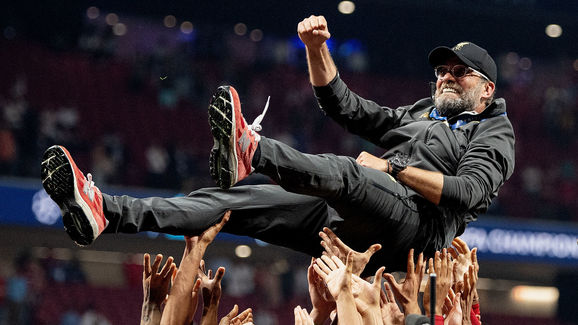 Beyond that, there has been some talk of a possible attacking player to compensate for the departure of Daniel Sturridge, with recent gossip focussed on the ambitious target of Barcelona's Dembele.

90min understands the money is there for ​Liverpool to go after a big name like Dembele - if Klopp and the recruitment team demand it.

Dembele's situation at ​Barcelona is not exactly comfortable. His two seasons at Camp Nou have been beset by injury and ill-discipline. While ​recent reports claim that Barcelona want to keep the 22-year-old that may change Griezmann is expected to complete a €120m move to Barcelona this month, after announcing his intention to leave Atletico Madrid at the end of the 2018/19 season. His big-money arrival is likely to be off-set by player sales, which could mean Dembele's departure.

The winger has also been talked about as one possible makeweight option in a sensational return for Neymar, while Bayern Munich too have been linked.

Klopp is a known admirer of Dembele. Although the two never crossed paths at Dortmund, the Liverpool manager did act as landlord to the young star in Germany, who ​reportedly 'trashed' the house before his move from Germany to Catalonia.