​Manchester United have made an improved offer of a new contract to goalkeeper David de Gea, in an attempt to convince him to extend his stay at Old Trafford.

The Spaniard has been heavily linked with a move away from United this summer after failing to agree on a new contract, with his current deal set to expire in just 12 months. The two parties have failed to reach an agreement as of yet, but ​BBC Sport state that ​United have now made a new, improved offer to ​De Gea to try tempt him to stay with the Red Devils.

If he chooses to sign, this contract would make De Gea the highest-paid goalkeeper in the world, which is something that the 28-year-old's representatives have been pushing for in previous negotiations.

It is believed that De Gea does want to remain in Manchester, but he is eager to see his status as one of the world's best goalkeepers - and one of the club's top performers - rewarded financially.

His representatives have drawn United's attention to ​Alexis Sanchez's huge £390,000-a-week contract, suggesting that the Spaniard deserves to be paid at least a similar salary to the winger.

The Red Devils are prepared to allow his contract to run down, in the hope of eventually striking an agreement with De Gea before he becomes a free agent next summer. However, they are obviously eager to avoid taking the risk if a deal can be reached now. 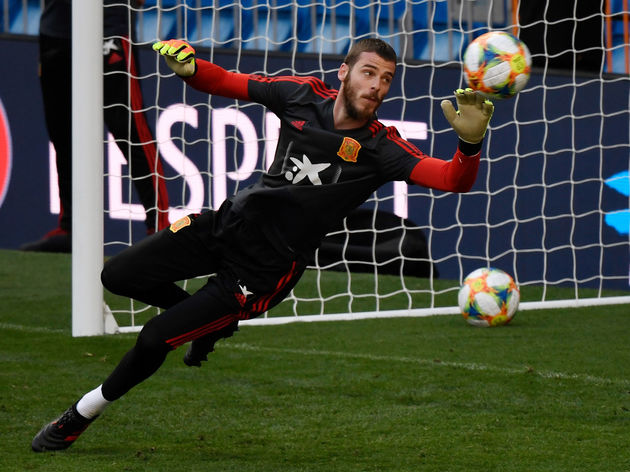 De Gea has been linked with big-money moves to the likes of ​Juventus and Paris Saint-Germain this summer, amid concerns over the current situation at United. The Red Devils will not feature in next season's ​Champions League after an abysmal end to the last campaign, prompting rumours that some of their stars could push for moves away.

As a result, United are eager to end all the speculation and tie De Gea down for at least a few more years, as they prepare themselves for a huge squad overhaul this summer.