​Brazil sealed their place in the Copa America final with a 2-0 victory over Argentina on Wednesday, but there was more than a little controversy about the game.

Goals from Gabriel Jesus and Roberto Firmino were enough to steer Brazil to the final, but just talking about two goals does not tell the full story. As one of the greatest international rivalries around, clashes between Argentina and Brazil are often played in a raucous atmosphere. Fans could be heard screaming their national anthems and trying to rile up their opponents all game long, and some of that tension spilled out onto the field.

Argentina did not shy away from a number of crunching tackles early on, but that did not stop Brazil from taking the lead after ​Jesus found himself unmarked in the area to steer home after 19 minutes.

Argentina grew into the game, but it was​Firmino 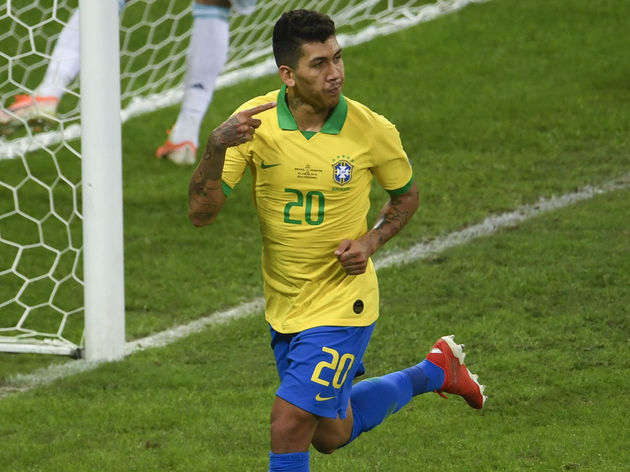 For Argentina, it could have been so different. They had a number of calls for penalties turned down by referee Roddy Zambrano. ​Sergio Aguero appeared to be tripped in the penalty area shortly before Brazil's second, while Arthur escaped without punishment after blocking off Nicolas Otamendi in the dying embers of the game.

Speaking after the game (via the ​Daily Mail), ​Lionel Messi simply could not hide his frustrations towards the officials.

He said: "Brazil were not better than us. They found the net early and the second goal came from a penalty they didn't award. [ "The truth is we’re angry because we played very well, we put in a huge effort and for it to end like this makes us sad... I spoke to the referee and he said he would respect us that he would look after us but at no moment did I see that.

Argentina crash out of #CopaAmerica as Messi still can't get it right on the international stage! 🤦‍♂️ pic.twitter.com/NwUYn7KiQI

"There is no excuses for us, but we need to review this, analyse it and let's hope CONMEBOL does something about it - but surely not, because Brazil commands too much power in the organisation."