Hermoso, who scored three goals in the 2019 Women's World Cup - including against the United States in the round of 16, has signed a three-year contract with Barça until 2022.

The Madrid-born 29-year-old previously spent four years as a Barça player between 2013 and 2017, before heading abroad to join Paris Saint-Germain. She returned to Spain last year to join Atletico and won the Liga Femenina title in her sole season with the club.

Barça have finished second in Spain's top flight in each of the last four seasons, three of them behind Atletico, and it will be hoped the arrival of Hermoso pushes the Catalans back to the top. She was part of the last two Barça sides to win the Spanish title in 2013/14 and 2014/15.

Hermoso is already the second high profile attacking signing of the summer for Barça, with Norway star Caroline Graham Hansen agreeing a switch from Wolfsburg back in May. 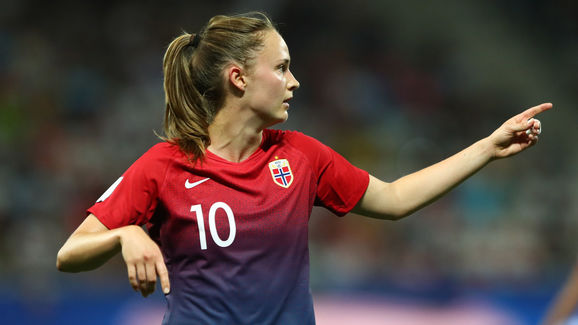 Nigerian star Asisat Oshoala has also joined the club on a permanent deal after a loan spell last season.