​Atletico Madrid have confirmed that centre-back Felipe is set to arrive at the club on Wednesday ahead of finalising his move to the Wanda Metropolitano on Thursday.

With Diego Godin leaving to join Inter this summer, Atletico acted back in May to seal the €20m signing of Felipe from Porto, and he is now set to put the finishing touches on his move.

Atletico took to their official website to confirm the news, writing: "Felipe Augusto de Almeida Monteiro is to arrive at Madrid airport on Wednesday. The Brazilian, who is to sign a three-year contract with our club on July 4, will arrive in the Spanish capital in order to start the pre-season with Simeone's team once his contract is signed.

"Felipe is a versatile, experienced centre-back with leadership skills who was the captain at his previous club. The 30-year-old arrived at FC Porto in 2016, following impressive performances at Corinthians.

"He won several titles at the Brazilian club, such as the 2012 FIFA Club World Cup, the 2013 Campeonato Paulista and the 2015 Campeonato Brasileiro Série A.

"In Portugal, Felipe played 142 games over three seasons, during which he scored 11 goals despite being a defender. 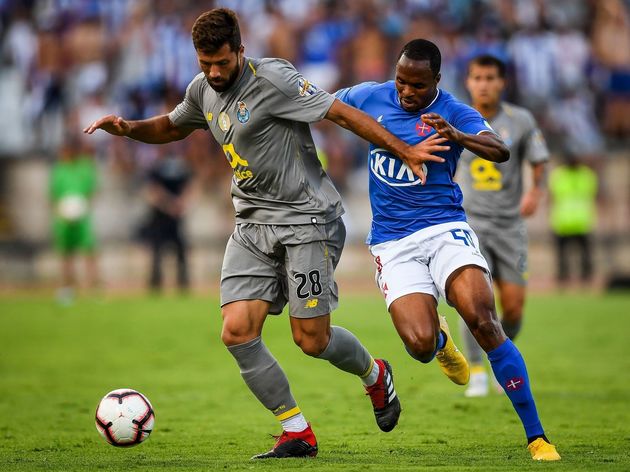 "With the Brazilian’s arrival, we add a fast centre-back who is able to play the ball out of defence and is always a threat in the air. With him, FC Porto kept 18 clean sheets last season, more than any other side in Portugal.

"Moreover, he was the third player with the most ball recoveries in the 2018-19 season (68). The Brazilian also has experience in the ​Champions League, having played 27 matches in the European competition."

Felipe joins Marcos Llorente, Renan Lodi and Nicolas Ibanez as new arrivals at the Wanda Metropolitano, with Atletico in the midst of a squad overhaul as they set their sights on ​La Liga glory.