The 22-year-old has signed a long-term deal in north London, bringing an end to months of speculation that had seen him heavily linked with moves to Manchester United, Juventus and Barcelona, as well as Spurs.

It's Mauricio Pochettino's side who have smashed their club record transfer fee to get the deal over the line, with a ​statement on their official website confirming a six-year contract has been signed.

The post read: "We are delighted to announce the signing of Tanguy Ndombele from Olympique Lyonnais. The France international central midfielder has signed a contract with the club until 2025.

"Ndombele, 22, started his professional career at French side Amiens in Ligue 2, before moving to Olympique Lyonnais on loan in August, 2017, and permanently in the summer of 2018. He made 96 appearances in total for the Ligue 1 side and registered 16 assists."

Lyon confirmed the deal had gone through in a statement of their own, offering their thanks to Ndombele for his contributions at the club.

The payment for Ndombele's move is thought to include €60m up front, with Lyon going on to receive a further €10m in add-ons - a fee that easily eclipses the £42m paid to Ajax for Davinson Sanchez two years ago.

The Frenchman has been a long-term target for Pochettino and chairman Daniel Levy, after impressing in Ligue 1 over the past 18 months for Lyon. He has operated primarily in a defensive minded midfield role, but has shown he is more than capable of providing the goods going forward - contributing seven assists last season, despite failing to find the back of the net. 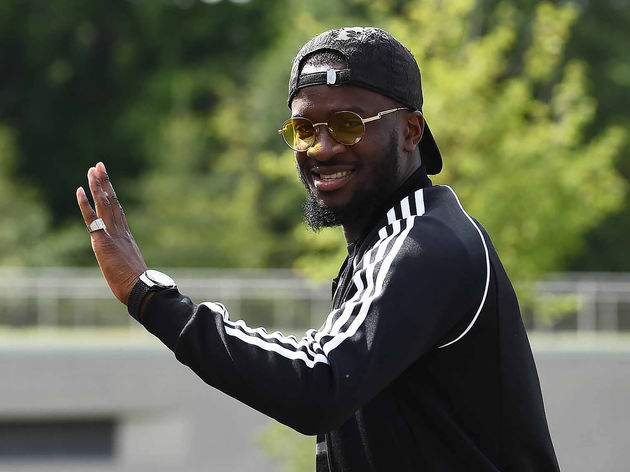 He is expected to compete with Moussa Sissoko and Eric Dier for a place in ​Tottenham's midfield, but can expect to walk straight into the Lilywhites starting line-up next season - where he will hope to help Spurs build upon last season's fourth place Premier League finish, as well as finishing runners-up in the ​Champions League.