​Manchester United are said to have already agreed personal terms with Sevilla star Wissam Ben Yedder, but the move could hinge on whether Romelu Lukaku leaves Old Trafford this summer.

Lukaku has been heavily linked with a move to Inter, whilst his agent has also confirmed that ​talks are underway over a move to San Siro. As such, ​United have been forced to look for replacements, and Sevilla-based outlet ​La Colina de Nervion state that their search has led them to Ben Yedder.

They claim the Sevilla star's representatives have spoken to both Paris Saint-Germain and ​Barcelona, but United have "everything agreed" with the striker, and it is now just a case of reaching out to Sevilla to strike a deal.

Ben Yedder is thought to have a release clause of around £35m in his contract, meaning United could bypass negotiations entirely if they choose to pay such an amount.

£35m would likely not be a problem for United, who have long been linked with Ben Yedder, so La Colina de Nervion believe the Frenchman will almost certainly be playing ​Premier League football next season.

Whilst he could still arrive to play alongside ​Lukaku, it is thought that United would wait until the Belgian has left the club before turning to Ben Yedder.

According to ​The Express, ​Inter are ready to step up their pursuit of Lukaku by offering ​Mauro Icardi to United as part of a swap deal. Club officials are keen to part ways with the Argentine, and could look to see whether the Red Devils would be keen on signing him. 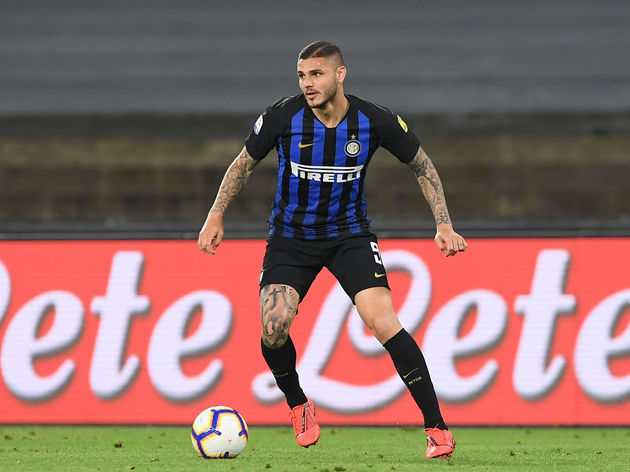 However, it is thought that United would prefer a traditional transfer. They want at least £50m immediately, as well as any additional bonuses or instalments.

Ole Gunnar Solskjaer is eager to overhaul his squad this summer, and such a figure would go a long way towards helping United rebuild. Ben Yedder, who managed 30 goals and 11 assists last season, is the kind of exciting signing that fans have been crying out for, and he could be the ideal replacement for Lukaku.