​With the summer transfer window well underway, Everton must now look to improve their current squad ahead of the new season.

The Toffees finished last season in eighth, three points off a European spot which would've seen them qualify for the second qualifying round of the Europa League. They also endured early exits in both domestic cups, being knocked out after two rounds in both the FA Cup and Carabao Cup.

Having ​permanently signed midfielder Andre Gomes, Marco Silva has already begun to prepare for the upcoming season. However, there is certainly a lot more work to be done over the next six weeks, before the transfer window closes on 8 August.

Here's our look at where Silva's ​Everton need to improve in order to secure a European finish in next season's ​Premier League. Everton are in desperate need of centre-backs, as they could lose up to three this summer.

Phil Jagielka and Ashley Williams were released at the end of the season, while standout player Kurt Zouma - who was on a season-long loan from ​​​Chelsea - looks likely to return to London.

While Zouma could sign permanently with the Toffees, this transfer window will still see them without Jagielka and Williams. Everton have a centre-back partnership to rely on for the new season in Michael Keane and Yerry Mina, but when it comes to backup it remains scarce.

Therefore, Everton need to start planning as to how to cope next season in defence, with or without Zouma. They must sign new backup defenders who can easily come in for both Keane and Mina, while also providing enough squad depth and experience for Silva's side. ​Jordan Pickford had an excellent season in goal for Everton, as he kept the joint-third most clean sheets in the ​​Premier League with 14. While he is a solid choice in goal for the Toffees, his new deputy Jonas Lossl, who just joined from ​Huddersfield, may prove to be problematic.

If Everton are to really challenge for a European finish, they need a better backup goalkeeper than one who just got relegated from the top flight. Maarten Stekelenburg is the other option among Silva's ranks, but at 36 years old his best days are surely past him.

As England's number one, Pickford can be up to the standards of European football. But if the Toffees want to compete for and in Europe, then they need to think about buying another experienced goalkeeeper who can serve well in Pickford's absence. Another position to arrange a new backup player is elsewhere in defence, at right-back. Jonjoe Kenny will spend next season on loan at ​Schalke, meaning that the 22-year-old will need to be replaced for the near future.

​Seamus Coleman's performances last season were top class, as he appeared 31 times for the Toffees. However, with the Irishman needing backup and approaching the twilight of his career at 30 years of age, it would be wise to have another experienced defender available.

Kenny seemed like the perfect option, but now that he is off to Germany for a year, Everton must wisely invest in his absence. Whether they will resort to a youngster or an older, more experienced player is hard to know, but they must be able to fill in for Coleman when necessary. 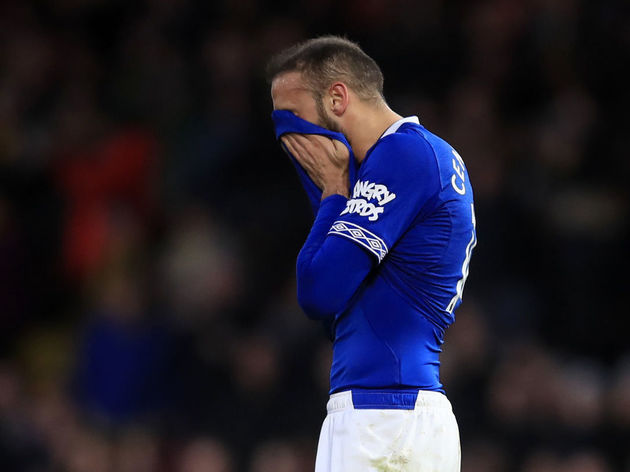 Throughout the 2018/19 season, goalscoring wasn't necessarily a problem for Everton. They were the eighth highest scorers in the Premier League on 54 goals, with ​​Bournemouth the only side outside of the top six to be above the Toffees in the rankings.

Nevertheless, the problem stems with where the goals are coming from. Although ​Richarlison and Gylfi Sigurdsson deserve credit for finishing as joint-top goalscorers with 14 goals apiece, they are both attacking midfielders who play behind the actual striker in Silva's setup.

On the other hand, recognised strikers Dominic Calvert-Lewin and Cenk Tosun managed a combined 12 goals all season. Everton need to be able to rely on a striker with goalscoring instinct, one similar to the likes of Wayne Rooney to be able to produce the goals for the Toffees.