​Lionel Messi has has stated that he believes he has under performed so far at the Copa America, despite Argentina making it through to the semi-finals of the tournament.

The Barcelona star has admitted himself that he has not been at his best, scoring just the one goal in the tournament so far. That goal came from the penalty spot to equalise against Paraguay in a 1-1 draw. ​Goal reported that​ Messi has said: "The truth is that it's not been my best Copa America, not what I expected."

Messi went on to say that the poor playing surfaces could be the reason for this underperformance:

Despite Messi's underperformance and the country's unconvincing performances, they have still managed to make it to the semi-finals.

​​​Argentina have not been at their best so far in the tournament losing 2-0 to Colombia, drawing with Paraguay, before beating invitees Qatar 2-0 to squeeze out of the group stages.

They perhaps put in their best performances in the quarter finals, where they beat Venezuela 2-0.

On Tuesday, Argentina play the hosts Brazil with the opportunity to reach the final for the third straight time. In the last two finals Argentina have been on the losing side, so if they are able to get past Brazil they will be looking for revenge. They lost both finals to Chile on penalties. 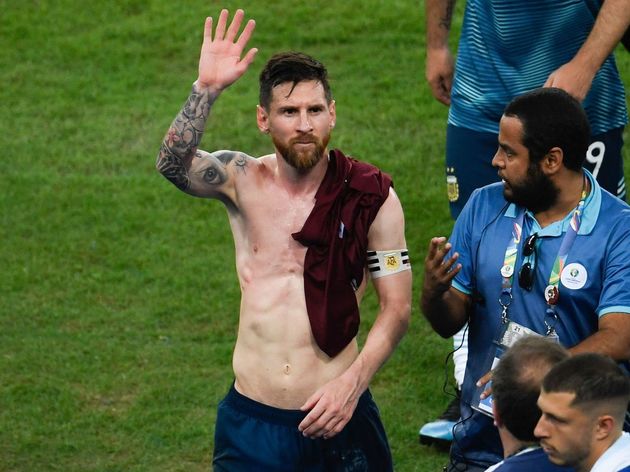 Messi has often not been as good for his country as he has been for ​Barcelona, but a Copa America triumph may put to bed any doubt regarding the 32-year-old's greatness.