The USA booked their place in the Women's World Cup semi-finals on Friday, as they beat hosts France 2-1 in Paris.

The USA took the lead inside the opening five minutes, thanks to a free kick from Megan Rapinoe. The American captain sent a dangerous low ball into the box, as her curling effort found its way through a sea of bodies and through Sarah Bouhaddi as the USWNT struck first.

Live in the pressure 廊

We’re headed to Lyon for a semifinal clash vs. England!#FIFAWWC | #OneNationOneTeam pic.twitter.com/1LsWNbNdqA

After an hour of no goals and pure end-to-end, attacking football, the USWNT finally got their second just after the hour mark. Tobin Heath pulled the ball back into the box, and while it went behind Sam Mewis, Rapinoe was in the right place at the right time to tuck the ball home.

The Americans thought they had a third soon after, but Heath's goal was ruled out for offside. France then pulled one back in the last 10 minutes, thanks to a wonderful header from Wendie Renard. However it was too little too late for the hosts, as Team USA marched on to Lyon. France came into the game knowing what they had to do, but couldn't have begun any worse as they were behind after five minutes. Nevertheless France kept up their quick attacking football, creating chance after chance and quickly latching onto any loose American ball.

Roared on by an excited Parisian crowd, France fought harder and harder, battling to get back in their game. While passing was sloppy and their shots were wayward, Renard's deserved late goal gave them a glimmer of hope, as they battled right up until the final whistle.

France's dream of winning their first ever World Cup has come to an end, but Les Bleues had a wonderful tournament. They proved themselves as one of the world's best, and while they lost to the better team on the night they deserve praise for their fight and determination. 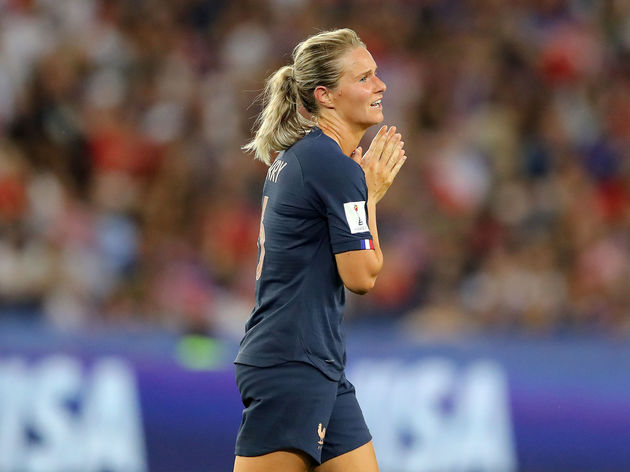 STAR PLAYER - Amandine Henry led by example, as she worked her socks off in midfield. The French captain won all her battles and completed a string of successful, crucial passes, as she ended her tournament on a big high in a very good performance in Paris. After a far from convincing round of 16 victory, the USA were eager to affirm their grip of the game from the start. They did exactly that through Rapinoe's free kick, as they took the game by the neck and produced a professional performance, attacking very well and worrying the French.

What was more important though was their resilient defending, as they stayed organised and in shape to keep the hosts out. Alyssa Naeher made some crucial saves throughout, while Crystal Dunn was absolutely outstanding on the left side of defence in a great defensive performance.

The USWNT go marching on after a professional performance, as they outclassed their hosts in their own backyard and deservedly earned their place in the final four. It is now well and truly the USA's World Cup to lose, as they survived their biggest and toughest test yet in Paris.

STAR PLAYER - It was an exemplary captain's display by Megan Rapinoe, whose goals won the game and determination pulled Team USA over the finish line. Not only were her goals excellent, but her work rate and passing was superb as she produced a wonderful display. 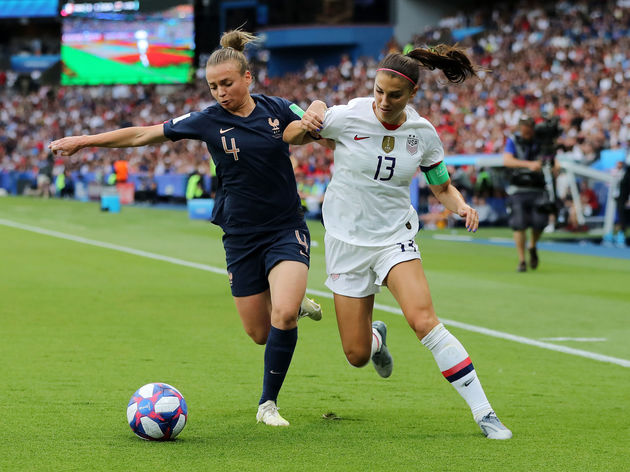 The USA now travel down to Lyon for the semi-final, as they face England on 2 July. The USWNT are one step closer to retaining their World Cup title, as they hope to reach the final in Lyon's Parc Olympique Lyonnais on 7 July.

Meanwhile, it marks the end of the road for France, who graciously bow out of their tournament in the capital. It has been a memorable tournament for Les Bleues, who have now reached the end of their road at the hands of the world's finest football team.