​Viktor Maslov is number 36 in 90min's Top 50 Great Managers of All Time series. Follow the rest of the series over the course of the next eight weeks.

Viktor Maslov is one of the lesser known footballing giants, who will be best remembered for creating the 4-4-2 formation and developing pressing while he was managing the great Dynamo Kiev side of the late 1960's.

With a career spanning 22 years and five teams from the Soviet Union, coming up with his greatest XI is a tough task. While he spent the majority of his management days at his hometown club of Torpedo Moscow, it was in Kiev where he achieved his greatest successes.

Yevgeniy Rudakov (GK) - Widely known as the greatest keeper in the history of Dynamo Kyiv, Rudakov played under Maslov at Torpedo Moscow in 1960 and during his six-year spell in the Ukraine. Rudakov went on to win six Soviet championships, three Soviet Cups, one UEFA Cup Winners' Cup and the UEFA Super Cup, as well as earning 42 caps for the USSR.

Vladimir Troshkin (RB) - Discovered by Maslov at SKA Kiev in 1969, he remained at Dynamo after Maslov was sacked in 1970, going on to become part of the legendary side that took Europe by storm in the early 70's.

Vadim Sosnikhin (CB) - One of the legendary captains of Dynamo Kiev, Sosnikhin spent his entire 13-year career at the club, winning three championships under Maslov and captaining the 1971 title-winning side.

Vladimir Levchenko (LB) - Levchenko was one of the players who suffered most from Maslov's departure in 1970, as he was one of the most established players in the starting XI under the Russian manager, earning three caps in the Soviet national team and three league championships. After Maslov was sacked, Levchenko failed to impress under the new manager and retired one season later.

Andriy Biba (AM) - Known as one of the greatest players in Dynamo Kiev history, he is also acknowledged as one of the best Eastern European playmakers, earning the title of Soviet Player of the Year in 1966.

Gennadi Gusarov (AM) - Gusarov's was known for his pure and precise playing style, and first played under Maslov at Torpedo in 1960 where he won the Soviet Cup and the championship, earning the title of the league's top scorer twice. 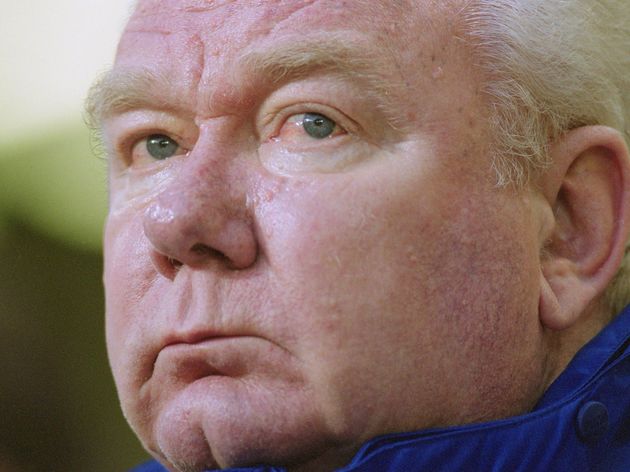 Valeriy Lobanovskyi  (ST) - The Ukrainian legend was dismissed by Maslov after his first season at Dynamo Kiev, but earns a spot on this list as one of the biggest names in Soviet football as a player and a manager. He was famous for scoring goals from corner kicks, along with his ability for curving into the top corner seemingly at will. As a manager, Lobanovskyi became one of the greatest of all time (more on him later in the series), and his Dynamo Kiev side was the first Soviet team to win a major European title, winning the Cup Winners' Cup in 1975.

Oleg Blokhin (SS) - Blokhin only spent one season under Maslov's tutelage, but he went on to become the all time top goalscorer for Dynamo Kiev (266) and the Soviet national team (42), as well as holding the title of all-time top scorer in the Soviet Top League (211). He is the only player to have had more than 100 caps for the USSR and was voted European Player of the Year in 1975.