Franz Beckenbauer is number 37 in 90min's Top 50 Great Managers of All Time series. Follow the rest of the series over the course of the next eight weeks. You can find Robbie Copeland's Der Kaiser career overview ​here.

​Franz Beckenbauer will always be best remembered for a playing career that saw him win literally everything, and a good deal of it more than once.

In his six years as Germany manager and title-winning spells with Bayern and Marseille, however, he worked with some incredible players that would define his standalone legacy as one of the greatest managers ever.

Some he coached for more-or-less the duration of his career, while other greats only had a taste of working under the Kaiser, but when you put it all together, you get a team that would strike fear into the heart of any of the best teams in the world over the years - especially under Beckenbauer's tutelage.

Here is Franz Beckenbauer's best XI, featuring some players who might surprise you. 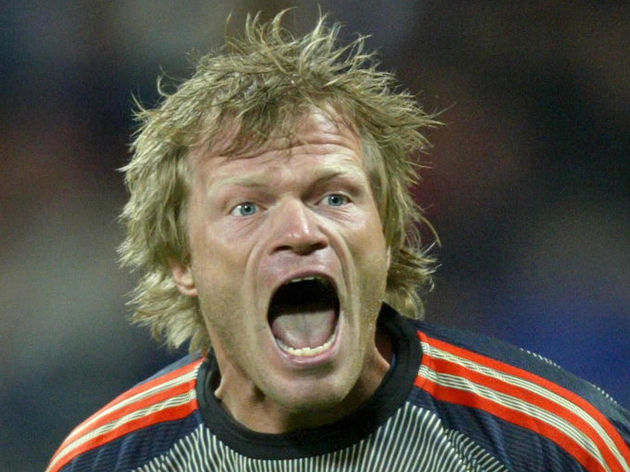 Oliver Kahn (GK) - Arguably the greatest goalkeeper of all time, the legendary careers of Kahn and Beckenbauer only crossed over very briefly between April and June 1996, during the latter of the Kaiser's two spells in the ​Bayern Munich dugout. Nonetheless, it was successful, as they won the UEFA Cup together, before Beckenbauer once again stepped down.

Thomas Berthold (RWB) - Generally Beckenbauer's first choice on the right of his back five throughout his six years as Germany manager, Berthold was a capable, accomplished player who was elevated to a new level under his international boss - though narrowly missed out on working with him again after signing for Bayern Munich in 1993.

Basile Boli (RCB) - Perhaps best remembered for headbutting Stuart Pearce while playing for France at Euro 92, Boli was coming into a purple patch during which he was one of the world's leading centre-backs when Der Kaiser joined Marseille in 1990. He'd go on to win back to back league titles, and score the winning goal in the 1992 Champions League final against Milan.

Klaus Augenthaler (SW) - Augenthaller was entrusted with playing the 'Beckenbauer role' for most of his time in charge of Germany, and was the first choice sweeper throughout their 1990 World Cup winning campaign. He would go on to serve as his assistant manager in both of his spells in charge of Bayern.

Christian Ziege (LCB) - Admittedly shoehorned in here due to being the best left-sided defender available not named Andreas Brehme, Ziege was only 18 when Beckenbauer stepped down as Germany manager, but would go on to feature heavily in his two spells at Bayern. A prolonged career beyond Bayern would see him win trophies with Milan and Liverpool, while also featuring for Middlesbrough, Tottenham and 'Gladbach. 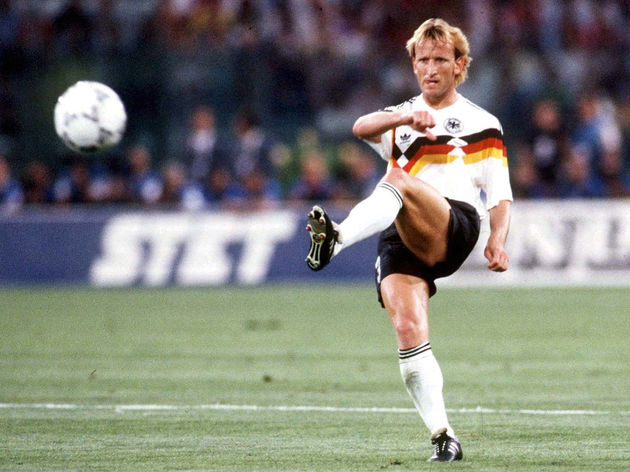 Andreas Brehme (LWB) - The left wing back's penalty, one of three goals he scored during the 1990 World Cup, was the beating of Argentina and cemented Beckenbauer as one of the great managers in history. A mainstay of his Germany tenure. Jan Wouters (CM) - Another who only briefly crossed over, Wouters featured throughout Beckenbauer's first spell as Bayern boss, but is best remembered for vastly successful spells with Ajax and the Netherlands, where he won various trophies including Euro 88. In England, however, he's the 'Dutch thug' who broke Paul Gascoigne's cheekbone with a not-so-sly elbow during qualifying for the 1994 World Cup.

Lothar Matthäus (CAM) - Most of the entries on this list are debatable, due to the vast pool of talent to choose from, but leaving

Thomas Häßler (CM) - Players remembered better for their international careers than their club are a rarity in football, but it speaks to the Kaiser's influence that so many of his Germany players fall into the category. 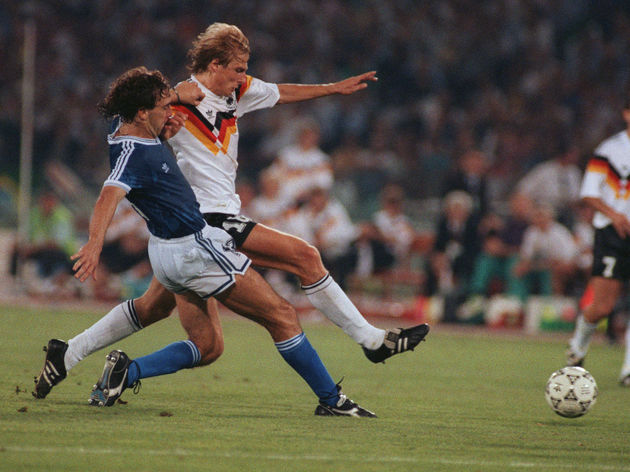 Eric Cantona (CF) - There is virtually nothing in terms of ability separating Cantona from Jurgen Klinsmann, but the surprise that Cantona had worked with Beckenbauer - coupled with the fact I've only included one player from his Marseille days so far - affords the French enigma the win. The two worked together throughout the 1990/91 season, before the Kaiser stepped down, and Cantona left for Nimes. From there, he would join Leeds in 1992, before an uneventful, controversy-free five years at ​Manchester United.