Former Chelsea captain Gary Cahill is being targeted by a number of Premier League clubs following his release from Stamford Bridge.

The 33-year-old spent eight seasons in west London after joining from Bolton for £7m, making 290 appearances in all competitions en-route to winning two Premier League titles, two Europa League crowns, two FA Cups and the Champions League during his first season at the club. 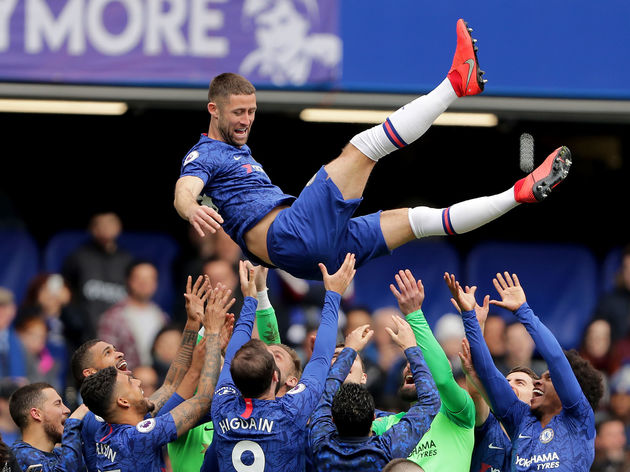 He has been allowed to move on this summer, though, after his contract ended - having failed to command a first-team spot under former ​Chelsea manager Maurizio Sarri.

It's 90min's understanding that Cahill is keen to remain in the ​Premier League - and a number of top flight clubs are interested in taking him on.

​Arsenal, West Ham and Crystal Palace are all considering whether or not to offer Cahill a contract, while there is significant interest from newly promoted Aston Villa - where the former Chelsea skipper played for four years during the early part of his career.

Cahill's preference is to stay in London if possible, but a chance to reunite with former teammate and Villa assistant manager John Terry may be enough to tempt him back up to the Midlands.

There, he would likely become first choice given his Premier League experience, and he may even assume a leadership role in the team after succeeding Terry as Chelsea's club captain for the past two seasons.

The other interested parties may not be able to guarantee Cahill regular starting time, and that could be a factor in his decision as he approaches the twilight of his career.

To date, he has made 349 Premier League appearances since making his debut during the 2005/06 season, and also earned 61 international caps during an England career that lasted eight years.