​The 2018/19 campaign wasn't short of narratives for people to latch onto, but few stories last season pulled at the heartstrings like that of AFC Ajax.

The 22-year-old might have gone under the radar last season, but here's a handful of things to know about Van de Beek as he continues to be linked with a move to join Zinedine Zidane at the

He Could Become Real Madrid's 7th Signing This Summer 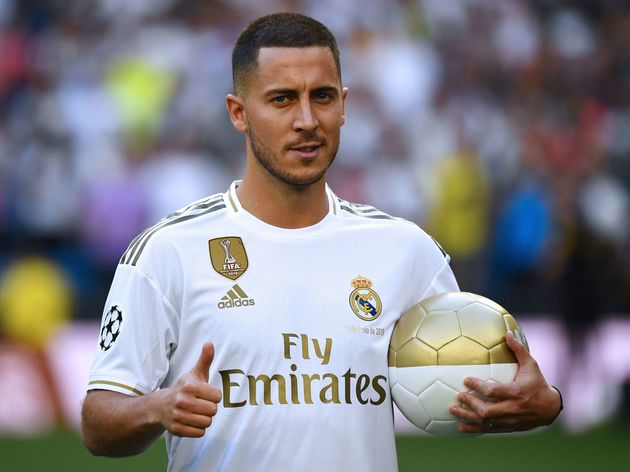 Just in case it hasn't been made clear already this summer, Real Madrid are undergoing a major overhaul to get back to the top of the European football pyramid next season.

Takefusa Kubo has also joined the club's Castilla side on a free transfer, while Van de Beek has joined the likes of Paul Pogba and Christian Eriksen as targets to bolster Zinedine Zidane's midfield next season. Van de Beek has only really established himself in Amsterdam over the last couple of years, but the Netherlands international was being eyed by European football's biggest clubs within months of making his first-team debut.

Playing his first Eredivisie game in November 2015, Van de Beek was named as a target for Bundesliga giants Bayern Munich the following March, while just one month later Barcelona's name was also thrown into the mix by Mundo Deportivo.

He's Always a Threat in the Final Third One thing that has stood out throughout his time in Amsterdam so far is that Van de Beek is deadly in front of goal, boasting an impressive record of 25 goals in just 77 appearances during his youth career at Ajax.

Since stepping up to the first-team setup, the 22-year-old has made 138 appearances across all competition, being directly involved in 54 goals.

Last season specifically, Van de Beek scored 17 goals - including against Juventus and Tottenham in the Champions League - as well as picking up 13 assists.

He set up Ajax's third goal in the

He's Actually a No. 6 in Midfield For all of van de Beek's famed attacking quality, however, former manager

He's on Ajax's Long List of 'Talent of the Year' Winners Since 1999, Ajax's biggest academy prospects have been presented with the Talent van De Toekomst

ustin Kluivert and Matthijs de Ligt were crowned as the academy's biggest star for the future.

Van de Beek was presented with the award in 2015, going on to join the likes of Christian Eriksen and Talent van De Toekomst For all of Van de Beek's quality on the pitch last season, merely the fact he was available for as many games as he was proved to be one of Ajax's most important qualities last season.

Making more appearances than any other player for the Dutch champions last season - level only with Daley Blind on 57 out of the club's 58 matches - Van de Beek was an irreplaceable part of Erik ten Hag's side, only missing their cup match against Roda JC.

Since breaking into the senior squad in Amsterdam almost four years ago, the 22-year-old midfielder hasn't been forced to miss a single match through injury, only ever being left out of a matchday squad to rest or for tactical reasons.