The 2019 Women's World Cup quarter final lineup is dominated by European countries for the first time in the tournament's 28-year history.

As the round prepares to get underway, the United States are the only non-European nation among the eight teams who have made it this far, with France, Norway, England, Italy, Netherlands, Germany and Sweden joining the cup holders at this stage. The lack of continental diversity is unusual in women's football and has been criticised by USA forward Tobin Heath, who claims the European style of play gets 'boring'.

"I don't know, as a football fan, to me, I would want to see a little bit more diversity at this point," Heath is quoted as saying by Pro Soccer USA this week.

"I find European football sometimes a little boring, and I think there's some teams that are so exciting to watch that you won't be able to see this kind of different style, which is unfortunate at this stage because I really appreciate teams that are no longer in the tournament."

The quarter final lineup could have been very different in 2019. Australia, Canada, Japan, China and Nigeria, all quarter finalists in the past, were knocked out in the round of 16 by European teams. Cameroon, yet to reach a quarter final, were also beaten by European opposition. Seven European countries in the quarter finals is a new Women's World Cup record. The previous most was five teams from Europe, in both 1991 and 1995 but never since.

In every other World Cup from 1999 to 2015, only half or fewer of the quarter finalists were from Europe. In 2007, as well as last time in 2015, just three European countries got to the last eight.

2019 is the first Women's World Cup to date without an Asian team in the last eight after Japan and China were both narrowly beaten in the first knockout round. Australia, part of the Asian confederation since 2006, were a penalty shootout away from making it.

This #FIFAWWC hasn't just been a big deal on earth...

Until now, every other Women's World Cup except 1999 featured at least two teams representing Asia in the quarters, with Chinese Taipei (1991) and North Korea (2007) also among those to have reached the last eight years gone by.

Europe's rise in 2019 can perhaps be partially attributed to geography. It seems little coincidence that World Cups held in Europe, including this year, have typically produced more European quarter finalists than those held elsewhere. The World Cups in 2007 and 2015 with just three Europeans at the same stage, for example, were played in China and Canada respectively.

Women's football, which has always been popular in North America and Asia, is also now being taken more seriously in Europe than in the past, both at international and club level, which is perhaps another reason for the strong showing. Scandinavia used to be where European power lay, but there has been an increasing shift towards the rest of the continent. 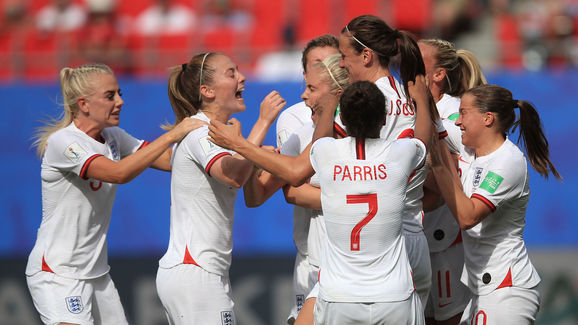 Having never reached the World Cup last eight before 2011, France have been in the quarter finals of every tournament since. England have been there every time since 2007, while the Netherlands have reached this stage for the first time in 2019 after their remarkable recent rise.

Dutch players are spread across the best club teams in Europe. French outfits Lyon and Paris Saint-Germain are among the best club sides on the continent, featuring plenty of domestic talent, and England was the first country in Europe to launch a fully professional top flight league in 2018.

Italy have exceeded expectations this summer, but there is also growing domestic club scene there as well, with all but one of the 2019 squad based at home, so it might not be all that surprising. 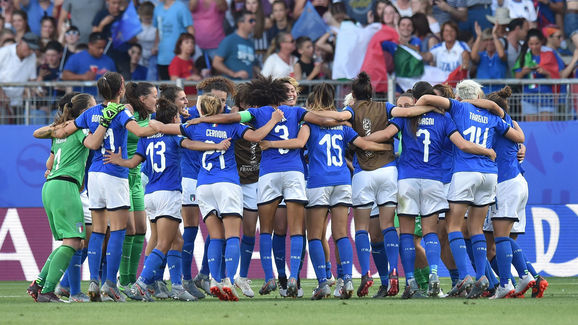 As for the future, will the balance be restored in 2023 and beyond, or is European dominance here to stay, at least for the time being?

Japan have a young team that could be very good in four years' time, but then Spain are also on a steep upward trajectory, with Real Madrid even now set to add to the thriving club scene back home after so far declining to run a team.

Consider also that Canada has no professional women's league, and that Brazil are very much at a crossroads, with Marta giving an impassioned speech upon World Cup elimination this week to urge youngsters back home to fight for women's football and take up the mantle.

There might well be a lack of continental diversity and individuals like Heath might think the style is 'boring', but Europe has made big strides at the 2019 Women's World Cup and it's now up to the rest of the world to raise its game and catch up.

Overview of all Women's World Cup Quarter Finalists From 1991 to 2019: