The time is nigh where we can all put this particular transfer saga to bed and move on to the numerous other stories brewing, as Aaron Wan-Bissaka has finally completed his move to Manchester United.

Crystal Palace's highly sought after right back became the Premier League's most desired signature after a fine campaign at Selhurst Park saw his stock rise to unthinkable levels.

Few were familiar with the 21-year-old's name prior to the beginning of last season, thus it seems fitting to enlighten those still not entirely in-tune the Englishman's career with the odd fact or two.

In this case, however, its five things to know about the new ​United star.

His First 3 Palace Games Were Daunting to Say the Least Originally brought up as a winger, and in some cases a striker after joining ​Palace as an 11-year-old, Wan-Bissaka continued to feature in that role all the way up until the Under-23's.

Aaron Wan Bissaka posting a picture of him in his United kit when he was younger with his family is pretty much confirmation. He’s buzzing! pic.twitter.com/LwcVIm2GGH

While playing for the youth team, the striker was asked to take part in a first-team training session to make up the numbers during the middle of the 2016/17 season. With the club boasting a host of strikers at the time, Wan-Bissaka was asked to fill in at right back, presented with the intimidating prospect of marking ​Wilfried Zaha.

The signs were there that the club might have just unearthed an exciting new talent, 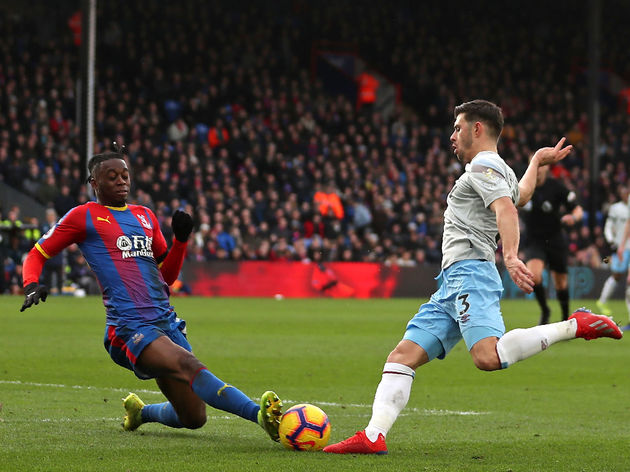 He made 129 successful tackles last term, averaging around 3.7 per game and only behind midfield enforcer duo Idrissa Gueye and Wilfred Ndidi.

You could point to the fact that Palace finished 12th in the league and therefore came under increased pressure for most of their games, but even Chelsea right back César Azpilicueta finished sixth on the list and the Blues finished third - thus making that argument invalid.

Furthermore, he was the only player in the Premier League last season to complete over 60 Aaron Wan-Bissaka's transfer to Manchester United will be the most expensive deal in history for a player with fewer than 50 senior appearances.

​believed to be around £50m