Napoli president Aurelio De Laurentiis has conceded that Lorenzo Insigne could be sold this summer, despite a previous insistence that the forward would remain at the club.

The 28-year-old homegrown talent has played at Napoli, bar three loan spells, his entire career and is something of a club icon at Stadio San Paolo, having scored 77 goals in over 300 appearances.

Regardless, his future is often speculated on in the gossip columns with links to the Premier League and many of Europe's other big hitters. Napoli president De Laurentiis has frequently stamped out talk of a transfer, but now seems to have softened his stance, hinting that Insigne could move under the right circumstances.

De Laurentiis told reporters, as quoted by ​TEAMtalk: “If we receive offers that can allow us to replace them [Insigne and teammate Allan] then we can talk about it. If not, if we receive offers in the last 10 days of the transfer window then it’s not possible anymore.”

Back in winter, it was reported that ​Liverpool had seen a ​€70m bid rejected for Insigne - who scored the winner in a 1-0 win for Napoli over the Reds in the Champions League group stages. However, manager ​Jurgen Klopp later dismissed those rumours by saying, " 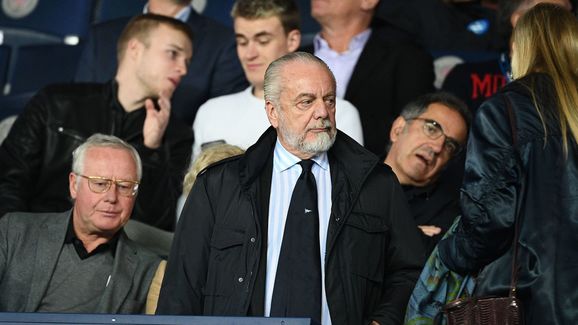 Liverpool appear destined for a summer of little activity on the recruitment front, with a backup full back the only real necessity for the European champions.

“For my part there’s maximum availability. We both want to move forward together. I hope that the signing of the contract will come soon."

La Gazzetta dello Sport has written that Ancelotti has given his approval for the sale of Allan and Insigne, which just goes to show that silly season is now in full swing.

Chances are De Laurentiis, a wily operator accustomed to public mind games, is simply using the media to his own end as contract negotiations with Insigne continue. That is, if the comments have even been reported correctly.

Meanwhile, Napoli's official Twitter account shot down rumours that manager Carlo Ancelotti had sanctioned the sales of stars Allan and Insigne, with the comment 'silly season is now in full swing.'

That much we can all agree on.