Carlos Alberto Parreira is number 38 in 90min's Top 50 Great Managers of All Time series. Follow the rest of the series over the course of the next eight weeks.

​Carlos Alberto Parreira enjoyed a lengthy managerial career, which saw him league a variety of sides across five different continents.

He may have helped transform football in Kuwait, Saudi Arabia and Ghana, but it will come as no surprise that some of the finest talent to have ever worked under Parreira came from the Brazil national team.

Across his three spells in charge of Selecao, he has led some outstanding talent. You could construct three of four completely different lineups which would give any side in the world a run for their money, but here is his ultimate XI. Claudio Taffarel​ - Brazil are known more for their attacking flair, but goalkeeper Claudio Taffarel was about as good as goalkeepers come. He was not interested in seeing his name in the papers or in the highlights, he only wanted to save shots. Taffarel was a vital part of Parreira's side who lifted the 1994 World Cup, and he will undoubtedly go down as one of the greatest of all time.

Cafu - The fact that players today are still compared to Cafu speaks volumes of just how good Cafu was. Given his debut for Brazil shortly before Parreira arrived, Cafu was not yet a superstar as Brazil lifted the 1994 World Cup, but he soon made his impact on the team. He was still a starter when Parreira returned in 2003, such was his influence on the squad.

Aldair - Like Cafu, Aldair was already part of the Brazil setup once Parreira joined for his first spell in charge, but the centre-back was one of the world's finest during the 1994 World Cup. The Roma icon was an incredible defender, but also boasted a passing range which was far ahead of his time. He was the complete defender, before people even knew what that meant.

Lucio - Around the time of Parreira's return to Brazil, Lucio was making waves in the ​Bundesliga. He starred for Bayer Leverkusen, before sealing a switch to ​Bayern Munich, establishing himself as one of the world's finest. Part of the side who lifted the 2005 Confederations Cup, Lucio is still going strong to this day.

Roberto Carlos - Another who altered the way we view full-backs, Roberto Carlos was the epitome of attack-first defending. It was Parreira who gave Carlos his first taste of international action whilst he was still playing club football in Brazil, and the rest is history. 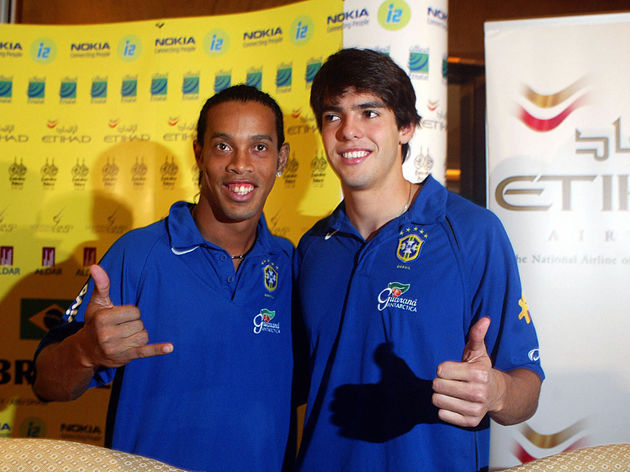 Kaka - One part of Brazil's "magic quartet" in 2006, Kaka was at the peak of his powers under Parreira. The midfield maestro was given the freedom to do whatever he wanted on the ball, and he combined with his teammates to fire Parreira's Brazil to the Confederations Cup in 2005.

Dunga - As Parreira was constructing his defensively solid style with Brazil in 1994, Dunga quickly became one of his most important players. Anchoring the midfield, Dunga often faced criticism for his lack of elegance on the field, but he was exactly what Parreira needed. He captained the 1994 World Cup winning side, and was a huge part in helping Parreira develop into an elite manager.

Ronaldinho - Ronaldinho has to play slightly out of position here, but he simply has to feature. He was Kaka's midfield partner in the "magic quartet", bringing his immense attacking flair to the international stage between 1999 and 2013. Named as the Man of the Match in the 2005 Confederations Cup final, Ronaldinho certainly played his part in Parreira's success. 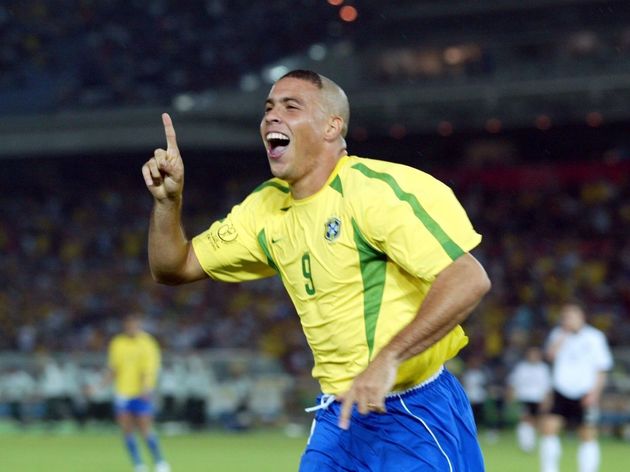 Romario - One of Parreira's biggest controversies revolved around Romario. The striker was one of the world's finest in 1994, but Parreira opted to bench him. However, he soon brought Romario back to the lineup, and he single-handedly dragged Brazil to the World Cup that year.

Bebeto - Individually, both Romario and Bebeto were elite forwards. However, when Parreira fielded the pair together, they were simply unstoppable. With his terrifying blend of agility and vision, Bebeto was able to find space anywhere on the field, whether it be for himself or his teammates. Brazil have had some excellent strikers throughout the years, and Bebeto is certainly one of those.

Ronaldo - There's a good reason Ronaldo became known as "The Phenomenon". The kind of things he could do with the ball were simply unheard of, as he would terrorise defenders across the globe with his speed and power. Alongside Adriano, Ronaldo was another part of the "magic quartet", and he is easily one of the finest to ever lace up a pair of boots.