Carlos Alberto Parreira: The International Specialist Who Never Shied Away From a Challenge

Carlos Alberto Parreira is number 38 in 90min's Top 50 Great Managers of All Time series. Follow the rest of the series over the course of the next eight weeks. You can find Tom Gott's Parreira all-time best XI ​here.

We have seen countless managers fail to get to grips with the rigours of leading a nation, struggling to deal with the lack of resources or minimal squad depth.

However, few managers in history have figured out the key to international success like Carlos Alberto Parreira.

He currently holds the record for the most appearances at World Cup tournaments, leading various sides into six different competitions since 1982. Turning up is all well and good, but Parreira also has the trophy case to cement his place as a legend. 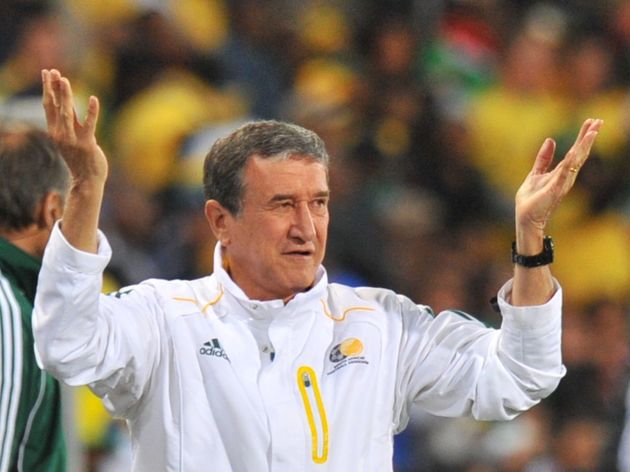 You often hear that only former players can make it as managers, but there are a special group of non-players who go on to enjoy incredible success in the dugout, and Parreira is certainly part of that.

His journey into football starts back in 1967. At that time, a 23-year-old Parreira was a student of physical education in Rio de Janeiro, and he was amongst the top students at the university.

At the same time, Ghana found themselves looking for a new manager. As part of their search, they contacted the Brazilian foreign ministry to see if they had any exciting young coaches to take up the role. Their search led them to Rio's State University - the only in Brazil which taught physical education - and the institution recommended Parreira.

He quickly accepted the offer to become Ghana's new manager, and wasted little time in showcasing the kind of techniques which would make him famous further down the line. He soon formed bonds with the players, who responded well to his academic approach to management.

However, his time with Ghana did not last long, as he left to move to Hanover to further his coaching studies. Yet again, he excelled, and it was not long before he was offered the chance to become a fitness coach for Brazil's 1970 World Cup run.

As part of the backroom staff for perhaps the finest international side of all time, Parreira's desire to become a manager soon became clear. This was his true calling, and he soon proved that to the world.

He spent a few years at the helm of favourite side Fluminense, before an opportunity to return to international management appeared. However, it certainly wasn't everyone's idea of a dream job.

Kuwait, a footballing nation in utter turmoil, came calling in 1978, and Parreira did not hesitate to accept. At the time, Kuwait hardly even had a team, but Parreira saw it as the perfect chance to build something special. He drastically changed the organisation, arranging plenty of matches and implementing his tactical and strategic know-how to help his side improve. His players became fitter and better, and they stunned the world by qualifying for the 1982 World Cup, which remains their only involvement to this day.

Not only did they turn up, but they showed everyone what they were about. They finished bottom of their group, but managed a stunning 1-1 draw with Czechoslovakia in their opening fixture. A narrow defeat to England and a comprehensive loss against France followed, but Kuwait, and Parreira, had left their mark on the world.

Brief spells with Brazil and Fluminense followed, before he spent several years working with the United Arab Emirates and Saudi Arabia. He returned for a second spell with the UAE for the 1990 World Cup, but was ultimately unable to mastermind another miracle. 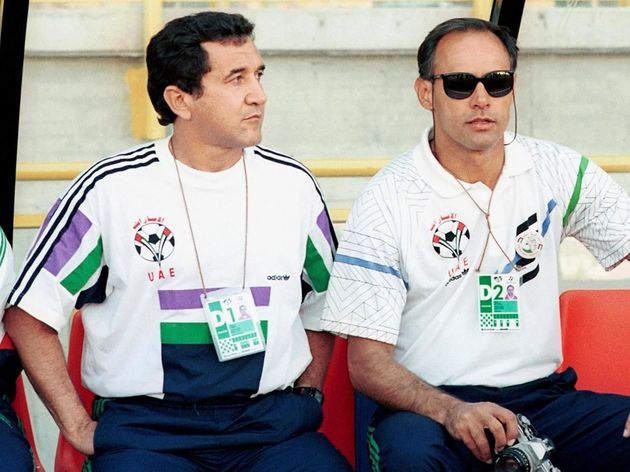 He then was handed his first real spell with Brazil, but his time under the national spotlight was far from simple. As part of his tactical upheaval, Parreira opted to drop legendary striker Romario, which drew the fury of fans across the country.

He was adamant that he knew best, but found results hard to come by, so ultimately decided to recall Romario to his team. The striker quickly rewarded this decision, netting twice against Uruguay to seal Brazil's qualification the 1994 World Cup,

If you're keeping count, that's three World Cup appearances for Parreira. He managed to guide the team to the ultimate glory that summer, but still faced criticism from fans for his style of play. Parreira favoured defensive stability, which did not please fans of a nation with such a rich, attacking history. He won the World Soccer Magazine World Manager of the Year award that year, but still opted to walk away from his post.

"We wanted to play good football, but in the end, what really counts is to win the World Cup. The way you do it doesn’t matter really.” Carlos Alberto Pereira, Reuters (March, 2014)

After resigning, Parreira eventually found his way back to Saudi Arabia for the 1998 World Cup. He managed his side's first two games, but was surprisingly sacked before they could play their final group game. Was it really fair to fire a man who was unable to guide Saudi Arabia to victory against eventual champions France?

He spent several successful years in Brazilian club football, prompting fans to call for his return to the national team. He eventually succumbed to their pressure and rejoined Brazil in 2003, with view to guiding the team to glory in the 2006 World Cup.

With fans' criticisms of his defensive style of football still fresh in his mind, Parreira went against his best interests to give Brazil want they wanted: attacking flair.

His team almost picked itself. Led by what became known as the "magic quartet", Parreira built his team around Ronaldinho, Ronaldo, Kaka and Adriano. The group helped steer Brazil to the 2004 Copa America title and 2005 Confederations Cup, with Adriano flourishing in Parreira's tactically astute system. 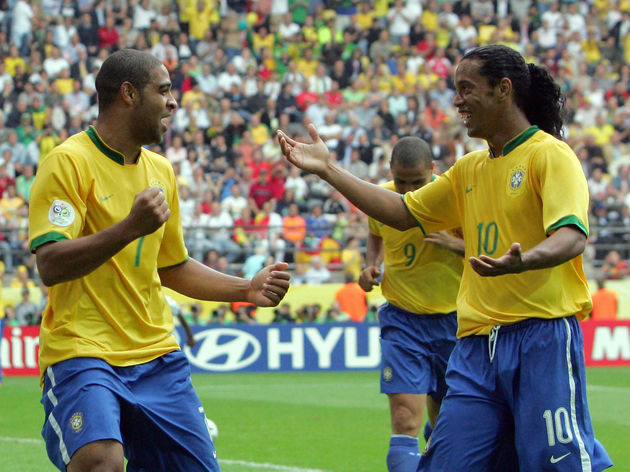 He added the IFFHS World's Best National Coach award to his cabinet in 2005, proving his status as one of the game's finest tacticians at the time.

By the time the 2006 World Cup - Parreira's fourth - rolled around, expectations were high in  Brazil. This was undoubtedly one of the greatest attacking sides the world has ever seen, and they lived up to the hype by romping to four consecutive victories to book their place in the quarter-final.

However, it was here where Parreira made arguably the greatest mistake of his career. Lining up against France, Parreira could not decide whether to go with his head or his heart. Pragmatic, defensive football or stunning attacking flair?

Buckling to national pressure to replace

His final hurrah came with the hosts of the 2010 World Cup, South Africa. He had spent a brief spell in charge of the country in 2007, but left shortly into his reign to care for his sick wife. However, he answered their call to return for the World Cup.

The nation had huge problems with poverty and unemployment, but Parreira took it upon himself to help South Africa, as a country, prepare for the tournament.

He had just ten months to prepare Bafana Bafana for the tournament, which looked to be an impossible task. However, what followed was one of the most popular World Cup campaigns in recent memory. Parreira brought his side, and the country, together for the first game of the tournament, and

Number 39: ​Herbert Chapman: One of Football's Great Innovators & Mastermind Behind the 'W-M' Formation