Tottenham are closing in on the signing of exciting young Leeds winger Jack Clarke, after agreeing a £10m fee.

The 18-year-old will now undergo a medical in north London, and will become Spurs' first signing since Lucas Moura arrived in January 2018 - where he is expected to sign a long-term deal.

As reported elsewhere, Tottenham's long wait for a signing about to come to an end. Jack Clarke released by Leeds to have medical. Initial £10m fee.

News of Clarke's imminent arrival comes from the ​Telegraph, who add that Spurs will likely end paying more than the basic £10m fee that has been agreed - with a number of adds on and clauses inserted to the deal.

His rise to stardom has been quite sensational, given that he only made his professional debut against Brentford in October last year. He went on to announce himself properly with a superb individual goal away at Aston Villa in December - striking low into the bottom corner after showing some impressive dribbling ability.

Overall, he featured in 25 matches last season, although he did start just five of those games. His performance, however, earned him Leeds' Young Player of the Year award in April, drawing interest from several high profile clubs over the second half of the season. 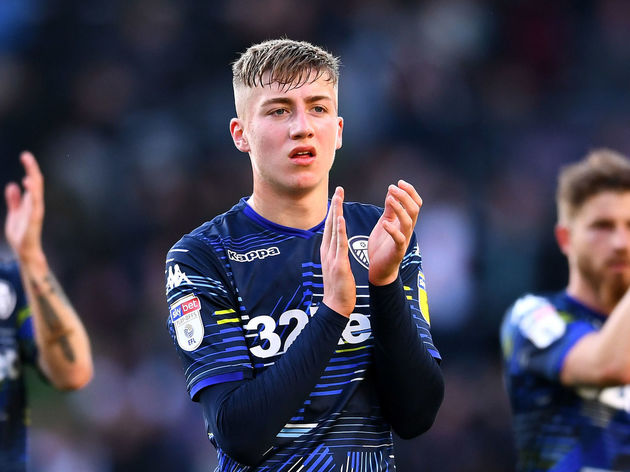 Deployed principally on the right wing, Clarke has thrived under the management of Marcelo Bielsa and it now looks as if he will continue his develop under another Argentine - Tottenham manager Mauricio Pochettino.

The former Southampton boss has overseen the development of England midfielder Dele Alli in recent years, and Clarke's signing shows Spurs' continued willingness to develop youth - though they are also in the market for big money acquisitions this summer, notably Tanguy Ndombele, who is close to sealing a £65m move from Lyon.