Pepe's 2018/19 season saw the Ivorian winger announce himself to the world after 33 combined goals and assists in Ligue 1, helping Lille finish second and qualify for the Champions League just a year after coming within a point of being relegated. His performances have naturally led to rumoured interest from a number of Europe's top clubs and Lille president Gerard Lopez has already confirmed that Pepe is expected to move on.

But Liverpool are not in for the player, with the Liverpool Echo reporting that the club insists stories from France peddling the line that talks have taken place are 'pure lies'.

On top of that, sporting director Michael Edwards is said to have even directly contacted Lille head coach Christophe Galtier to inform him that Liverpool are unaware where such reports are coming from and that the Reds hold 'zero interest' in signing Pepe.

It is said that Liverpool believe they are being used to build the hype around Pepe. 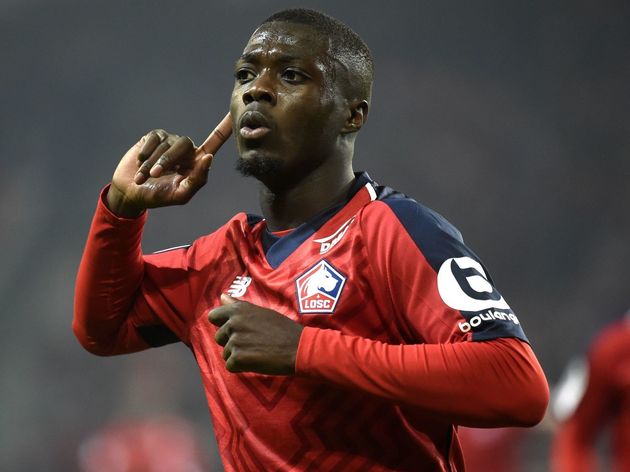 That last detail hardly comes as a surprise in this day and age. Players looking to take the next step in their career are often linked with big clubs in the media, regardless of whether there is any actual interest, as it has the effect of making the player seem more desirable to others.

If it appears that Liverpool, as European champions, are keen on Pepe, then other clubs might be more likely to make substantial offers for the player. And if Liverpool's name being connected helps bring in a big bid from a club like Inter, that is what the Pepe camp wants.

The Portuguese media increasingly pushing a supposed £70m move to Anfield for Sporting CP midfielder Bruno Fernandes could well be more of the same. We'll have to wait and see. Having spent well over £250m on new players since the summer of 2017 to build the Champions League winning team, Liverpool are not expected to splash much cash ahead of 2019/20.

"I don't think this is a team at the moment where we have to spend the big money," manager Jurgen Klopp said of the transfer situation back in March.